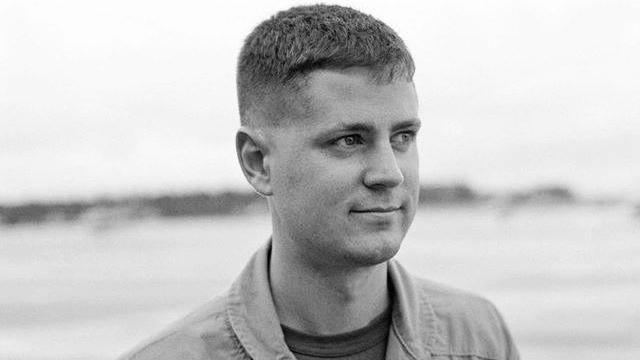 LOS ANGELES — Family and friends say one of four Marines killed when their helicopter crashed on a training mission in Southern California was a standout in the corps and in life, just as caring as he was tough.

Tributes to Conrad, who just became a father, are pouring in on social media, including from the mayor in his hometown of Baton Rouge, Louisiana, and his high school football team.

Cpl. Brock Portier, a good friend and fellow Marine, says his "brother" was "the gold standard" in the corps.

Phillips was a pilot assigned to HMH-465 and joined the Marine Corps in August 2013. Phillips was previously stationed in Pensacola, Fla.and Corpus Christi, Texas and has never been deployed.

“The hardest part of being a Marine is the tragic loss of life of a fellow brother-in-arms,” said Col. Craig Leflore, commanding officer of Marine Aircraft Group 16. “My deepest sympathies go out to the families and friends of Capt. Samuel Shultz, 1st Lt. Samuel Phillips, Gunnery Sgt. Derik Holley, and Lance Cpl. Taylor Conrad. These “Warhorse” Marines brought joy and laughter to so many around them. They each served honorably, wore the uniform proudly and were a perfect example of what makes our Marine Corps great - its people! They will forever be in our hearts and minds.”

Military officials said the cause of the helicopter crash remains under investigation.