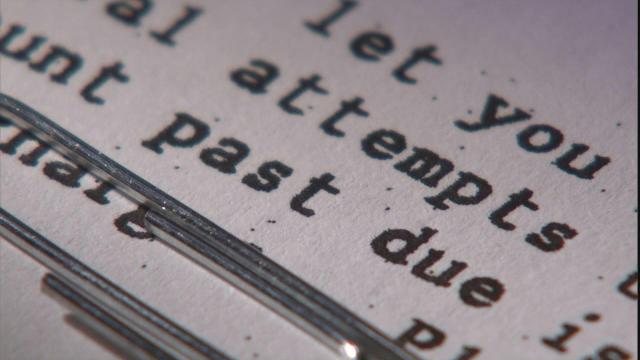 Raleigh, N.C. — A top Marine Corps leader at Camp Lejeune asked state lawmakers Wednesday to crack down on the debt settlement industry in North Carolina by passing a bill that stalled last month in the Senate.

The push wasn't enough. Lawmakers adjourned Wednesday afternoon without the Senate taking the measure up despite widespread support in the N.C. House. They'll return in early September.

Camp Lejeune Chief of Staff Nicholas E. Davis had told legislators that Marines and their families would benefit "greatly" from the bill, which would protect them "from the abusive practices of debt settlement companies."

"Some of these abusive practices fail to reduce debt obligations and leave borrowers in worse conditions with loans in default, tax bills and creditor lawsuits and judgments," Davis wrote, in a letter dated Wednesday. "In some cases, these companies steer victims into high-cost debt consolidation loans."

Davis asked them to pass House Bill 1067 without the amendments sought by the industry. Industry lobbyists say the bill as is would put these companies out of business in North Carolina.

This measure passed the House easily last month, but it got hung up in the Senate as the industry put on a heavy lobbying push. Advocates say the bill is needed now, given the financial problems many people are in due to the coronavirus pandemic's economic impact.

Lawmakers took a two-week pause late last month in this year's legislative session, then came back today to deal with bills Gov. Roy Cooper vetoed, along with a handful of other bills.

The debt bill also got backing this week from the State Employees Credit Union, which has some 2.5 million members in North Carolina. SECU President and Chief Executive Mike Lord reached out with a letter Monday, complaining of the "unfair and abusive 'bait and switch' practices of certain industry debt settlement service providers."

"You have an opportunity to protect North Carolinians from unscrupulous tactics which prey on the most vulnerable by voting to approve HB 1067 in its current form with no amendments," Lord wrote.

The practices are already meant to be illegal here, but out-of-state companies continue to operate in North Carolina through loopholes the bill would close, according to Al Ripley, a consumer protection lobbyist working the bill.

Industry lobbyists – there are nearly a dozen registered in North Carolina – have defended the debt collection services, saying people who use them typically are able to pay down what they owe. Industry representatives have worked with Ripley and others on a compromise bill but haven't been able to resolve key issues.

Passing the bill as written "would eliminate immediately a valuable consumer finance option during this time of uncertainty," Michael Micheletti, a spokesman for Freedom Debt Relief, said last month.

Update: This post was updated after the Senate adjourned without taking up the bill.