Mariah Carey reveals she once recorded an alternative album 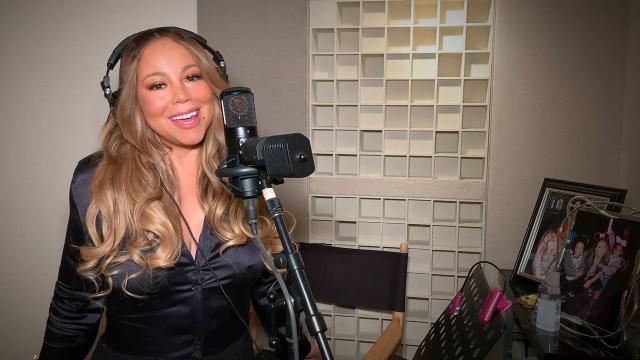 In her upcoming memoir, "The Meaning of Mariah Carey," the singer shared that she quietly worked on Chick's 1995 album, "Someone's Ugly Daughter," writing, producing and singing background vocals.

"Fun fact: I did an alternative album while I was making Daydream," Carey wrote on Twitter, where she shared an excerpt from the book. "Just for laughs, but it got me through some dark days."

She went on to write, "I actually started to love the songs."

"I would fully commit to my character," she wrote. "I was playing with the style of the breezy-grunge, punk-light white female singers who were popular at the time. You know the ones who seemed to be so carefree with their feelings and their image."

"They could be angry, angsty, and messy, with old shoes, wrinkled slips, and unruly eyebrows, while every move I made was so calculated and manicured,"Carey continued. "I wanted to break free, let loose, and express my misery -- but I also wanted to laugh. I totally looked forward to doing my alter-ego band sessions after Daydream each night."

"The Meaning of Mariah Carey" is set for release Sept. 29.