MARGARET DICKSON: Finding lipstick to put on an election-fraud pig 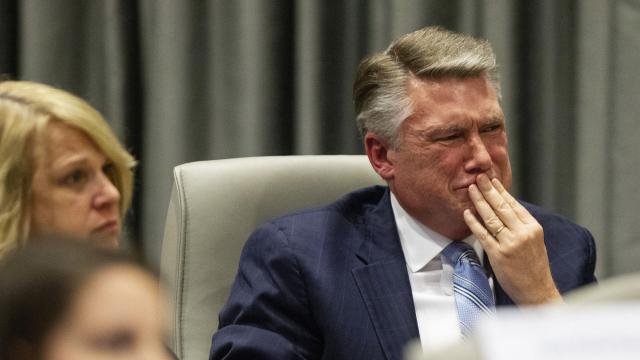 EDITOR'S NOTE: Margaret Dickson was a Democratic representative from Cumberland County in the N.C. House from 2003 through 2010 and in the N.C. Senate from 2010 through 2011.

Poor North Carolina is suffering yet another black eye on the national stage.

Our latest injury was suffered — and the suffering is ongoing — in the 9th Congressional District, which currently has no representation in the U.S. House of Representatives because of a tainted election four months ago.  Elections officials, state courts and the House all refused to certify the election or seat the Republican vote-leader because of suspected illegal tampering with absentee ballots in Bladen and perhaps Robeson counties.

The state Board of Elections has ordered a new election which is shaping up to pit a Democrat with a substantial war chest against whoever prevails among a growing field of Republican hopefuls.

The situation has been front page and TV story material for weeks, as Republicans defended their candidate — who had hired a political operative suspected of election fraud and now charged with it.

In a twist worthy of Shakespeare, the federal prosecutor son of the Republican candidate, testified to the elections board that he had warned his father about irregularities in absentee voting as early as 2016.  After tearing up in the hearing one afternoon, the minister-turned-politician stunned everyone the next day by announcing there should be a new election and that he would not be a candidate.  Political pundits wondered whether the former candidate was worried about possible perjury charges.

It all made for riveting news from a state that has been in the spotlight too many times for all the wrong reasons in recent years, and the sad tale confirms some unflattering facts about North Carolina political life.  It exposes questionable election practices that may have been going on for years, in at least some counties, and brings up possibilities that law enforcement and prosecutors may have been asleep at the wheel at best and turning a blind eye at worst.

It suggests that some candidates want to win so badly they will cheat to do so. And make no mistake. Voter fraud in which a person tries to or does vote illegally is not in the same league as election fraud, where numerous ballots, in this case absentee ballots, are cast illegally.  Some say a few ballots were cast illegally in the 9th Congressional District, some say hundreds were, and it could have been thousands. Chances are that we can never know for sure, which is why voters will get a second chance to vote in a member of Congress.

All the news about this is not bad.

Our system did work, though slowly. When problems became apparent, the board of elections refused to certify the questionable election, and investigations began, resulting in the indictment of the alleged mastermind and the questioning of others.  The fellow in Bladen County cannot be the only person to have figured out an absentee ballot scheme, so elections officials across North Carolina are now more aware of the nefarious possibilities.

The spotlight has also shone on the ridiculously gerrymandered shape of the 9th Congressional District, which runs from Charlotte almost to the Atlantic Ocean and contains parts of nine of North Carolina’s 100 counties.  That in itself is a strong argument for constraints on partisan political gerrymandering.  The General Assembly has several bills addressing gerrymandering before it this session. If you care, let your legislators know that you do.

Finally, the disaster that was the 9th Congressional District election and its upcoming redo send a message to all who value the election system that has sustained our nation for nearly 250 years.  This system must be guarded and valued not just by elections officials and the criminal justice system but by all citizens.

The lesson is we must all keep our eyes open during election season.