Margaret Atwood Will Write a Sequel to ‘The Handmaid’s Tale’ 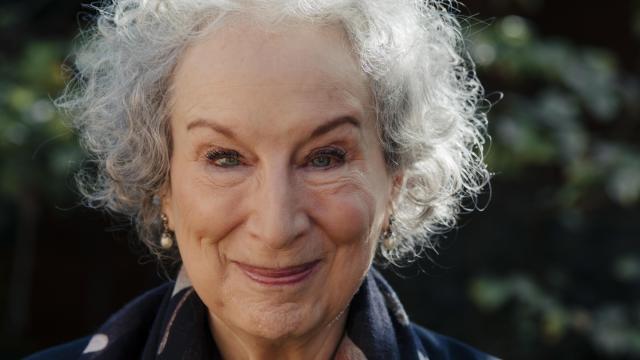 For decades, ardent fans of Margaret Atwood’s dystopian classic, “The Handmaid’s Tale,” have been demanding a sequel. And for years, Atwood has demurred.

But now Atwood has decided to continue the tale, more than three decades after it was first published. On Wednesday, she announced that she will publish “The Testaments,” a sequel to “The Handmaid’s Tale,” in September 2019. Set 15 years after the final scene of “The Handmaid’s Tale,” the novel features three female narrators.

In a statement released by her publisher, Atwood said she decided to return to the story not just because of her voracious fans, but because she wanted to explore the eerie parallels between her imagined dystopia and our current political climate.

“Dear Readers: Everything you’ve ever asked me about Gilead and its inner workings is the inspiration for this book,” she said. “Well, almost everything! The other inspiration is the world we’ve been living in.”

There’s clearly an enormous appetite for feminist dystopian tales at the moment. Sales of “The Handmaid’s Tale” surged following the 2016 election, buoyed by a critically acclaimed award-winning television series, and the novel has sold well over 3 million copies in the last two years, spending 88 weeks back on The New York Times best-seller list.

“The Handmaid’s Tale,” which takes place in a futuristic theocratic state called Gilead where women are treated as property and used as reproductive serfs, has become almost a cultural shorthand for patriarchal oppression. Women dressed in red robes and white bonnets, the costumes that Atwood’s handmaids wear, have gathered in protests around the country to voice their opposition to policies that restrict women’s access to abortion and health care.

Atwood has often said that her novel was based not on some horrific vision of future, but on real historical eras in which women were denied basic rights, as well as current theocratic patriarchal societies around the world.

“In Western society, you don’t have to go back very far to find a lot of the things I put in,” Atwood said in an interview with The Times earlier this year, when she spoke about the growing interest in feminist dystopian stories. “How recently did women gain the right to control their own property?”

Atwood said the novel’s recent resurgence reflected our cultural preoccupation with imagining disastrous futures as a way of digesting current anxieties about political extremism and the fate of the planet.

“We live in an age of dystopias, not just because of women’s matters but because of what’s happening to the planet,” she said. “Things are not right.”

“The Handmaid’s Tale” became an instant classic when it was first published in 1985. It was shortlisted for the Booker Prize and went on to sell more than 8 million copies globally in English. But the novel has taken on new resonance in recent months, as many women have become more vocal about sexual harassment and assault and curbs on women’s reproductive rights. The novel’s cultural appeal has also gotten a boost from the award-winning television adaptation, starring Elisabeth Moss as the handmaid Offred, which has been renewed for a third season.

The TV series has already gone beyond the scope of the novel, in effect satisfying fans’ desire for a sequel before Atwood could, and creating a somewhat awkward parallel fictional Handmaid’s universe that doesn’t reflect Atwood’s vision for a sequel. Her publisher attempted to head off any confusion in the news release announcing the sequel, noting, “'The Testaments’ is not connected to the television adaptation of ‘The Handmaid’s Tale.'”

Not everyone was thrilled with the idea of an afterlife for “The Handmaid’s Tale.” Some readers would clearly prefer for Atwood to leave her classic alone rather than cashing in by building a franchise. (Her publisher, Nan A. Talese/Doubleday, is anticipating a hit, and is planning a first printing of 500,000 copies for “The Testaments.”)

Others saw the project as redundant. “Aren’t we currently living the sequel to The Handmaid’s Tale?” one skeptic tweeted.