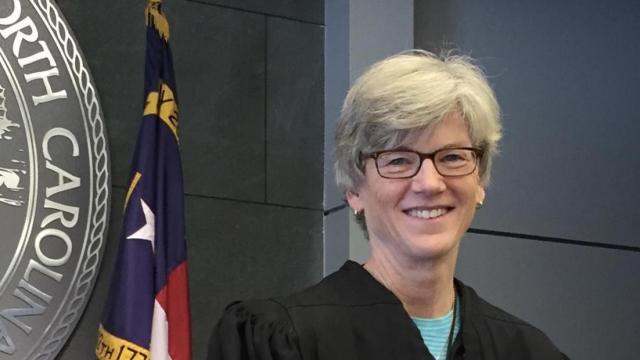 I was headed home to Durham. It was just hours after the legislature eliminated judicial primaries next year by overriding Gov. Roy Cooper’s veto. A reporter called asking my reaction to a bill that had just been filed.

The reporter wanted to know about Senate Bill 698, euphemistically dubbed “Increase Voter Accountability of Judges.” It wipes out all judges’ terms as of the last day of 2018. It forces them to run again, but not for terms of four or eight years, as constitutionally mandated, but a mere two.

My initial reaction was this had to be a joke. But I immediately realized this was an unprecedented power grab by the zealous GOP leadership to control of the judiciary. Their reach to scrape the bottom of the political barrel had just broken through the last board.

This systematic attack on North Carolina’s judiciary by the power hungry oligarchy leading the General Assembly is a disgrace. Even former state Supreme Court Justice Robert Orr, a Republican, labeled this latest initiative a “continued effort to try and intimidate the judiciary,” in an interview with N.C. Policy Watch. He found it repugnant.

Step by step, bill by bill, the courts are being dangled and toyed with by legislative puppet masters regardless of the fact that they are a constitutionally separate and co-equal branch of government.

This is not about better justice for North Carolinians. It is about the legislative leadership’s anger over recent court decisions declaring many of their laws unconstitutional, particularly a decision that said they were voted into power by illegal, racially gerrymandered districts.

A parade of bills has undercut how we elect judges, where we elect judges and how long judges serve. Legislative leaders are determined to engineer judicial districts, pack the courts and shorten judicial terms all to tilt justice in their favor.

First came placing partisan labels on judicial election ballots – the antithesis to being fair and impartial arbiters of justice. In nearly 100 years, North Carolina became the only state in the country to move towards partisan elections.

Next came the judicial district maps. With three days remaining in the legislative session, new maps were tweeted out – gerrymandered to guarantee the election of more Republicans and fewer African-Americans. It didn’t stop there.

Earlier this month, amid yet another special legislative session, Senate Bill 656 was plopped onto our desks. It eliminated all judicial primaries in 2018, anticipating a-yet-to-be-filed constitutional amendment to take away voters’ rights to elect judges and replace it with a probable scheme for legislative appointment of all future judges. Eliminating primaries would force voters to pick from perhaps dozens of candidates with “winners” who could garner merely 20 percent of the vote. What kind of “accountability” is that?

This latest proposed constitutional amendment takes the cake. No other state in the country has two-year terms for judges. This proposal, offered up by Sen. Bill Rabon, a veterinarian, would force judges and justices to continuously campaign for re-election rather than doing their work on the bench -- deciding child custody cases, upholding abused children’s rights, hearing criminal cases and deciding appeals.

Courtrooms throughout North Carolina are jammed with people seeking resolutions to pressing legal matters. They want fair and impartial justice. People deserve better than having judges as red and blue politicians constantly campaigning, raising money, and fearful of making tough legal decisions that could cost them their seats on the bench.

Our fair and independent judicial system is at risk. People deserve experienced judges and justices, elected by the voters to dispense justice and interpret the laws – not to hand out campaign buttons and bumper stickers.

Last April I left the bench after 18 years as a District Court judge in Durham County to be appointed to a vacancy in the House of Representatives. I loved my work in the courts, but I could no longer silently watch the dismantling of our judiciary. I will continue to speak out. Governing should be about upholding justice, not punishing judges.