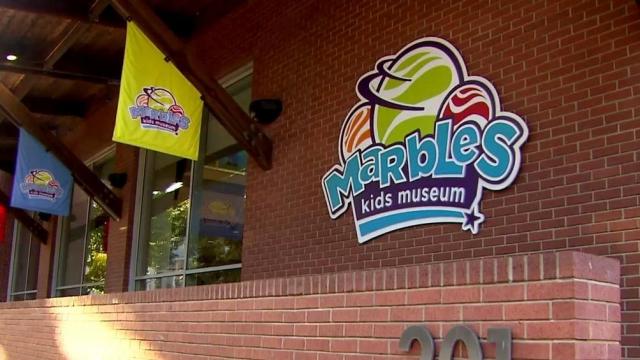 For the first time in a decade, Marbles Kids Museum has hiked its admission and membership fees.

The downtown Raleigh museum has raised its admission fee from $5 to $7. Among the membership fee increases, the basic annual membership fee, which covers two adults and the children from one household, went up from $100 to $120. The new fees went into effect on Nov. 1. Kids under one and members can still enter the museum on Hargett Street for free.

"Marbles has kept our admission fee and basic membership fees the same for 10 years, while at the same time adding an ever-expanding line-up of exhibits and programs and increasing our operating hours by 30 percent," wrote Sally Edwards, Marbles' CEO, in an email to museum employees. "To adequately fuel this ongoing growth and improvement, raising our fees is necessary and overdue."

Since opening in September 2007, Marbles has added 14 all-new exhibits and made upgrades to long-time favorites.

Some of those new exhibits include the second floor Moneypalooza, with the giant ball-dumping pig, which opened in 2010; the sports and fitness-themed Power 2 Play, which opened in 2011; and the pretend power grid called Kid Grid, which opened in 2014. In just the last couple of years, Marbles has opened or improved exhibits such as TreeTunes outdoor musical exhibit; What's the Weather in its Around Town gallery; StepNotes, a musical staircase; and the Sun Sprouts Fort in its outdoor garden.

The museum also has expanded its hours in the last decade. Once closed on Mondays and Sunday mornings, the museum is now open 9 a.m. to 5 p.m., daily, and until 7 p.m. every Thursday and on the first Friday of each month.

"As a result, the cost of a full-day adventure at Marbles (museum + movie) remains the same," Edwards wrote.

Still among cheapest in Triangle, beyond

Despite the increase, admission fees cover less than 40 percent of the cost of providing each museum visit, Edwards wrote. "And at $7, Marbles remains among the most affordable children's museum in North Carolina and across the entire country," she said in the email.

Raleigh, of course, is home to several state museums that charge no admission, including the N.C. Museum of History and the N.C. Museum of Natural Sciences, which draws in tens of thousands of families. In Durham, admission to the Museum of Life and Science, another family favorite, has been creeping up in recent years. It's now $13 for kids ages 3 to 12 and $18 for adults to explore the 84-acre campus with both indoor and outdoor exhibits.

Marbles will continue to work with community agencies to provide reduced fee and free visits to families in need, Edwards said. Admission also will remain $2 from 3 p.m. to 7 p.m., Thursdays. In January, Marbles will launch $4 First Fridays.

"Each year, thousands visit Marbles through one of our special access programs," Edwards wrote.

More changes are ahead for Marbles. The museum celebrated its 10th birthday in September with a big announcement: A decision to purchase the building next door and plans for a major expansion in the next several years. The museum recently launched a fundraising campaign.

"Over the years, we’ve heard from members and guests what a great value Marbles is, so we expected widespread acceptance of a modest increase and that has surely played out," said Taylor Rankin, Marbles' senior marketing and communications specialist. "Since the new prices went into effect on Nov. 1, our members and guests have responded favorably and with full support."