Many factors contribute to trend of landfills in low-income areas 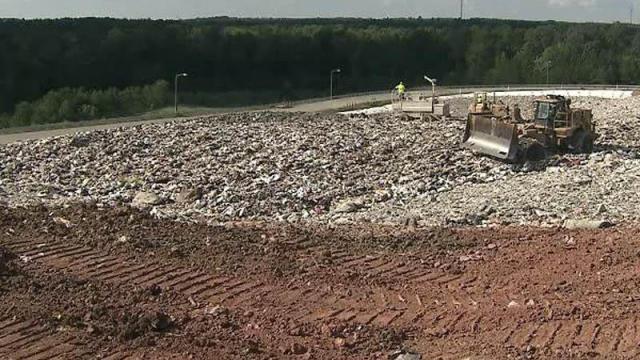 The landfill’s placement – in a majority white, upper-middle-class Holly Springs neighborhood with an average income that is almost double the state’s average – is statistically outside the norm. In North Carolina, solid waste facilities are disproportionately located in communities of color and low wealth.

There’s a term [city] planners use. It’s called ‘lulu’ -- a locally undesirable land use. Nobody wants to be right next to it, but as a whole, we need them out there.

Warren County and the birth of the environmental movement

Nationwide concern for where and how waste disposal facilities are constructed spread after North Carolina’s legislature planned to dump contaminated soil into a landfill in majority-minority Warren County in 1973.

Multiple lawsuits were heard, scientific studies were conducted and backlash erupted, some of which included black protesters lying in front of dump trucks as they brought contaminated soil to the landfill.

The event attracted attention from civil rights groups, catalyzed the environmental justice movement and helped push governing bodies nationwide to consider where, why and how they place waste disposal facilities. 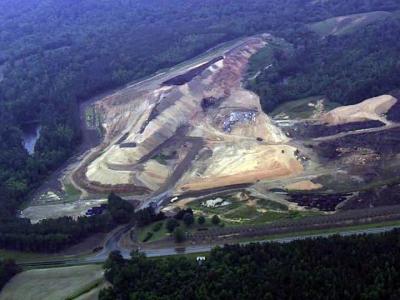 “Until the 1970s, there weren’t really any federal requirements on how you ran landfills,” said UNC School of Government professor Richard Whisnant. “You could do whatever you wanted to locally.”

Congress passed an initial regulatory bill, the Resource Conservation and Recovery Act, in the late 1970s, but some of the more stringent requirements came years later with amendments to the original bill that required states to create permit programs to build landfills that ensured new landfills were lined.

“From the late 1970s up to the early 2000s, it was pretty much a process of continual, more stringent regulation,” Whisnant said. “The big ones were things like you had to have a liner under your landfill, and you had to install wells that monitored whether there was groundwater contamination.”

By the mid-1990s, North Carolina’s permit plan was approved by the U.S. Environmental Protection Agency, and by 2000, all of North Carolina’s solid municipal waste was disposed into lined landfills.

Though the protections put in place after years of regulations on the state and national level led to safer waste disposal facilities that are healthier for those living around them, they are now more difficult to build and maintain.

A city, municipality or county must have a large amount of capital to build and manage such a facility.

Enter privately-owned waste management companies that lift such burdens off of local governing bodies. These companies form different partnerships with the governments, ranging from owning and operating the landfills to only owning the site while the local government operating it, and a multitude of other combinations.

“Whether it’s a private company or country trying to provide a facility, they’re always going to look for the cheapest land that has access to transportation,” Whisnant said. “You have that market force at work.”

Absent any malignant intent, the cheapest land is often in poorer areas, partially explaining why there is strong tendency for local governments and waste companies to construct landfills in areas with lower incomes. 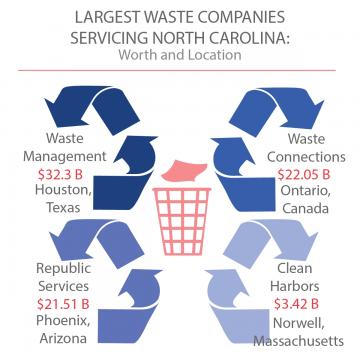 Citizens’ rights before and after landfill construction

The process to construct a new landfill is an arduous process consisting of multiple steps in which local, state and federal regulations must be met, ranging from necessary buffer zones between the facility and wildlife refuges to environmental impact studies.

“Anyone who’s got the political power to get the votes against that facility going forward, can stop the facility at the local level,” Whisnant said.

Wake County’s 2016 meetings were open to public comment, and citizens and environmental groups expressed support and dissent toward operational changes at the private Shotwell Landfill near Knightdale. Although the commissioners denied the company's request to accept waste at a faster rate, state statutes do not guarantee that overwhelming public dissent should keep a waste disposal facility from being constructed. 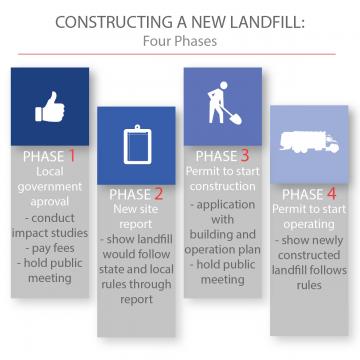 North Carolina Department of Environmental Quality spokesman Jamie Kritzer said in an email certain circumstances may involve local protective requirements of the management company, but it is not required.

“Such as restricting routes of truck movement or requiring tree-covered berms, to protect neighbors from visual, noise or traffic impacts,” Kritzer wrote.

During a waste management facility’s operation and for 30 years after it closes, the management company or local government is required to monitor groundwater, surface water and air quality, which is made available to the public through DEQ.

The combination of regulation and potential political fallout makes building a new landfill a demanding process.

“There’s a term [city] planners use. It’s called ‘lulu’,” Whisnant said. “A locally undesirable land use. Nobody wants to be right next to it, but as a whole, we need them out there.”