Manhattan Prices Stable in 2017, Even as Luxury Takes a Breather 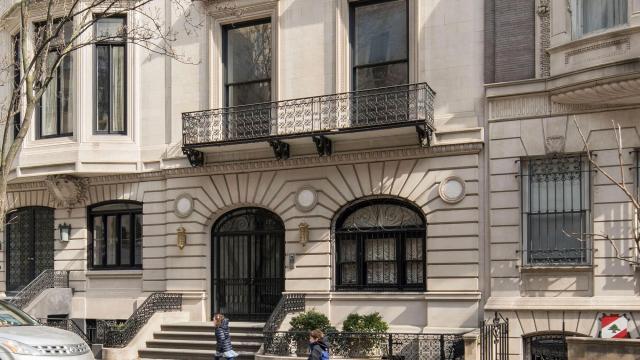 NEW YORK — Manhattan’s luxury market took a much-anticipated breather for most of 2017.

The frenetic pace of activity, long the norm during the recent building boom, slowed. Many high-end and ultra-high-end listings faced deeper price cuts, more time on the market and fewer bidding wars.

The overall residential market, however, remained healthy, with continued strong demand for an ever-tight supply of entry-level and midmarket homes.

The year’s priciest transaction occurred in the final days of the year. Three combo-ready penthouses on the 92nd and 93rd floors of the supertall 432 Park Ave. sold to an unidentified buyer for $91.13 million. (Each of these half-floor sponsor units had been priced around $40 million.) This was the most expensive sale in the building and the third-highest ever for a single residence in New York City.

Brokers and other industry professionals expect the market to remain relatively stable through 2018 as the pipeline of legacy contracts — deals often signed by buyers worldwide years ago while developments were under construction, some carrying stratospheric prices — continues to dry up.

“We’re closing out of an era of new superluxury developments from over the last five or six years,” said Jonathan J. Miller, the president of the Miller Samuel appraisal firm. “They have been built and sold, and we’re moving onto the next phase.”

Daniel Levy, the chief executive of CityRealty, which tracks apartment sales in Manhattan and Brooklyn, said he believes “the market has found its equilibrium.” Comparing 2017 data with that of the previous year, he discovered “year-over-year virtually identical, almost within pennies of each other.”

Closed transactions for all Manhattan condominiums and co-ops were projected to total 12,000 in 2017, with sales reaching $25.9 billion. This compares with 11,853 transactions and $25.8 billion in 2016, according to CityRealty’s year-end report. (Apartments priced at $10 million and above made up 18 percent of these sales; those under $1 million were 13 percent.)

The average sales price was unchanged at $2.2 million, the report said.

Many sellers, though, did have to adjust prices to reach a deal. Buyers, more discerning and cautious, eschewed properties considered overpriced or unremarkable, especially on the luxury side, where inventory was more plentiful. The average discount on all condos was around 9 percent, Miller said, adding that the price drops helped spur sales.

Sellers unwilling to budge on price often saw their listings sit. “At the high end, a lot of sellers still believe in aspirational pricing,” said Hall F. Willkie, a president of Brown Harris Stevens, “and this is not a market for aspirational pricing.” Pamela Liebman, the chief executive of The Corcoran Group, also noted “a huge buyer resistance to this tone that sellers took over the last several years, when buyers were so anxious for a good apartment that they would pay anything.”

As developers sustained a steady pace of new construction, luxury condominiums continued to fill up. “Many new developments saw quite a few deals in 2017,” said Kelly Mack, the president of the Corcoran Sunshine Marketing Group, The Corcoran Group’s new-development arm.

Nearly 2,400 units opened for sale, which was slightly below the yearly average of 2,500 units for the last 10 years, Mack said, although available new development inventory was still up around 15 percent from the previous year. “It’s not surprising buyers are acting with less urgency than they were in 2014 and 2015,” she said. “They can shop multiple developments.” The CityRealty report projects 1,750 new-development units will be sold in 2017, down from 1,841 in 2016. Leading the way in volume, it said, was 56 Leonard, the Jenga-like glass skyscraper in Tribeca. This distinctive 60-story tower had its priciest closing this past year with the $47.87 million sale of its top-floor penthouse. This was also the city’s sixth-highest transaction.

Also in Tribeca, a penthouse at 443 Greenwich St. sold for nearly $44 million, the city’s 10th highest. The building has been popular with celebrities. Actors Meg Ryan and Jake Gyllenhaal each bought there several months ago. Comedian Mike Myers also made a purchase, but in an apparent change of heart sold it weeks later at a loss.

And at the Greenwich Lane, a nearly blocklong complex on the site of the former St. Vincent’s Hospital campus in Greenwich Village, a penthouse closed at $40.04 million.

Once again, though, 432 Park, the concrete-and-glass high-rise on Billionaires’ Row, between 56th and 57th streets, dominated the city’s top-20 biggest sales list. Six transactions there made the cut, including the year’s top sale: the duplex combo on the 92nd and 93rd floors, which totals nearly 12,000 square feet.

The year’s second most expensive closed sale was a penthouse encompassing the 85th floor of 432 Park; it sold for $65.66 million. A similarly sized penthouse two stories below was third, at $65.16 million. The building is the tallest residential tower in the Western Hemisphere, topping out at 1,396 feet.

Nearly all the top sales in 2017 were at condominiums. While many of them occurred in the new developments, there were also big closings at older buildings.

The city’s fifth most expensive sale was at 15 Central Park West, the twin-tower limestone structure at 61st Street. A penthouse on the 40th floor sold for $50.55 million. (The building once held the record for the city’s most expensive single-family residence, with an $88 million penthouse sale in 2012.)

Another penthouse — this one on the 77th floor at Time Warner Center’s Mandarin Oriental, at 80 Columbus Circle, which opened in 2003 — sold for $38.9 million.

The condo market overall was basically flat. The average price for all condo units was $3.1 million, unchanged from 2016, according to CityRealty. The average price per square foot was $1,868, versus $1,888. Sales volume was projected to total 5,600, marginally lower than the previous year’s 5,641.

It was arguably a stronger year for co-ops, which make up the city’s older housing stock. The average price for a unit in Manhattan rose to $1.4 million from $1.3 million in 2016, according to CityRealty. Closed sales also increased, to a projected 6,400 from 6,212.

“Co-ops aren’t dead,” Willkie said. “There’s interest in new properties with amenities, but keep in mind: 65 percent of the housing stock out there is co-ops.”

Upgrades at many prewar buildings have helped sales. “They’re renovating lobbies and elevators, and adding gyms,” said Scott Durkin, the president of Douglas Elliman Real Estate, “really upping their game to attract buyers.” The year’s priciest co-op sale, at $55 million, and the city’s fourth most expensive transaction, was a third-floor unit at the limestone-clad 960 Fifth Ave., at 77th Street. It was sold privately by the estate of Robert H. Ellsworth, a prominent dealer of Asian art who had lived in the building for more than three decades. The buyer was Carlos Alejandro Pérez Dávila, a Colombian financier whose family controlled the brewing giant SABMiller.

The second-largest co-op closing was for $45 million. Actress Demi Moore sold her triplex penthouse atop the south tower of the landmark San Remo. It took her two years and a $30 million reduction from the initial asking price to close the deal. Still, it was the highest price ever paid for a residence at the twin-peaked building at 145-146 Central Park West, between 74th and 75th streets.

Another big sale — also a triplex — had an even larger price cut and lengthier market duration. The apartment, perched atop the Pierre Hotel, at Fifth Avenue and 61st Street, sold for $44 million. It had been on and off the market for more than four years, and at onetime had a $125 million list price.

There was a steady flow of town house transactions in 2017, with the priciest houses just blocks from each other on the Upper East Side. Many of these sales also came with sizable price reductions.

The six-story Clarence Whitman Mansion, at 7 East 76th St., was sold by the Japanese philanthropist Bungo Shimada. The price was $41.5 million. (Property records recorded the sale at $33.2 million, but the listing broker said another $8.3 million went to the seller’s charitable foundation.) The 1898 limestone house had been on and off the market since late summer 2015, and had been listed for as much as $50 million. The five-story mansion at 12 East 73rd St. was sold for $41 million by the real estate investor Andrew L. Farkas, whose family owned the Alexander’s department store chain. And nearby, 58 East 66th St. closed; it was acquired by Craig Filipacchi, a prolific broker with Brown Harris Stevens, for $24.18 million.

Another town house seller was former “Today” host Billy Bush. His home at 224 West 22nd St. fetched $7.43 million, about 15 percent below what he had paid for it in 2015. The sale came after his suspension and subsequent departure from the morning show.

The borough had a record condo transaction in 2017, with the long-awaited sale of a triplex penthouse atop the Clock Tower building in Dumbo.

The 7,000-square-foot apartment, at 1 Main St., closed at $15 million after lingering on the market for more than seven years. The original price was $25 million.

This was Brooklyn’s second most expensive residential sale. In 2015, an enormous brick town house in Cobble Hill, with a four-car garage, closed at $15.5 million. The photographer Jay Maisel bought the house for use as a studio and residence.

Construction cranes for residential projects continue to dot the skyline. At least 72 new buildings will add 5,636 units to the Manhattan market between 2018 and 2020, according to another report by CityRealty.

Among the notable developments: 220 Central Park South, a limestone-clad skyscraper set to open in late 2018, and where a quadruplex was listed for $250 million. If sold for that price, or anywhere near it, this would be the most expensive single residence in New York City. The record is currently held by a duplex at the pinnacle of One57, in the heart of Billionaires’ Row at 157 West 57th St. It sold in early 2015 for $100.4 million. Other coming developments include another supertall addition to Billionaires’ Row, Central Park Tower, on West 57th Street, which will rise 1,550 feet. Also, 53W53, on West 53rd; One Manhattan Square on the Lower East Side; and 15 Hudson Yards, the first condo in the Hudson Yards mega development.

Market analysts are optimistic about sales despite the slowdown in the luxury. “There are unique buildings that are so special — because of location, amenities or architecture — that they can buck the trend,” said Gregory J. Heym, the chief economist of Terra Holdings, the parent company of Brown Harris Stevens and Halstead Property.

Gary Barnett, the founder and president of the Extell Development Co., said he’s already seeing healthy sales activity at One Manhattan Square, which his firm is developing, along with Central Park Tower.

“We’re comfortable with the pace of sales there,” he said, though declining to disclose how many of One Manhattan Square’s 815 units have been spoken for since sales began in 2016.

Prices at that building, which will tower over the East River at the base of the Manhattan Bridge, are significantly more affordable there than at Extell’s other developments, which include One57. They start at around $1.2 million for a one-bedroom and go up to $12 million for a duplex penthouse, Barnett said, adding that carrying costs are also relatively low because of a 20-year tax abatement.

Barnett was also optimistic about future sales at Central Park Tower, which will have a Nordstrom department store at its base and 179 condo units. He didn’t provide specifics about prices, but documents filed with the state attorney general indicate that total sales were anticipated to exceed $4 billion.