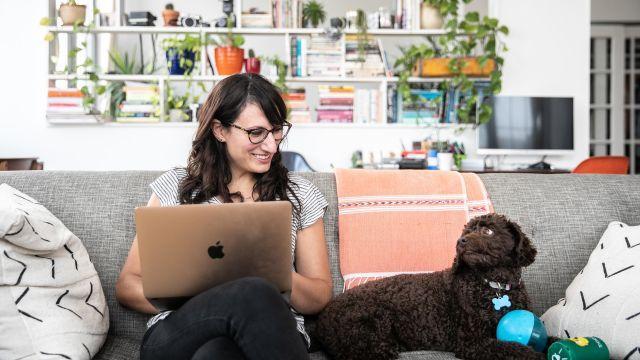 How do New York Times journalists use technology in their jobs and in their personal lives? Jessica Bennett, gender editor for The Times, discussed the tech she’s using.

Q. Before you joined The Times, you were a freelancer. What was your tech setup to keep on top of the myriad tasks of being a freelancer?

A. Staying organized without the infrastructure of an organization involves a complicated form of iPhone chaos.

I used Expensify or Freshbooks to keep track of receipts, Invoicely to send itemized bills, DocuSign to verify and send contracts on my phone (Soooo many freelance contracts! No printer!), Tape a Call for phone interviews, Rev for transcription, Quip when I wanted a collaborative note-taking interface that was clean, MailChimp to send my newsletter, Shyp for mailings, Google Calendar to keep track of meetings and deadlines, Venmo and PayPal to collect (and make) payments, and Dropbox to organize basically everything else — from photos to reporting notes to my book manuscript, which was written entirely in Google Docs, by the way.

I still remember when my publisher sent over edits in HARD COPY format. I was like, “What am I supposed to do with this?”

Q. How has that tech setup changed since you became gender editor at The Times last year?

A. Let’s just say that it took me longer to file my expense report at The Times last month than it did for me to do my taxes. For the entire year.

Which isn’t to say that there aren’t some excellent tech tools in-house, such as the newsroom-wide adoption of Google Docs and Slack. But there are other systems that have made me cry actual wet tears.

A. There’s an incredible amount of behind-the-scenes hackery that goes into making the social media posts you see on a regular basis.

I have six design apps on my phone, four GIF converters, three color-correction tools, a resizing app, a video cropper, photo filters, fonts, logos, and on and on. You can’t link to articles on Instagram, so there are apps like Have2HaveIt that allow followers to click through to one.

For a while, before I joined The Times, I was paying for something called SelfMade, which basically takes your photos and makes them look as if they were shot in much better light with much sexier backgrounds. Instagram stories are a whole other thing — and publishers are hiring full-fledged Emmy-winning video producers to create original content for their feeds. I now regularly spend over an hour making Instagram stories for my dog. Yes, I am that person (and, yes, you should follow him).

Q. What kind of tech tools can journalists use to create better gender representation in their reporting?

A. We have a tool internally that tracks the gender breakdown of front-page bylines on any given day, and another that will show the gender ratio of subjects cited in an article as we are writing. But there are also a ton of external sources that anyone can use, too.

For your Twitter feed: Diversify Your Feed is a tool that will tell you the gender breakdown of the people you follow on Twitter, with plans to eventually expand the tool to track race, sexuality, religion and politics.

For recruiters: Textio allows you to cut and paste the text of a job posting to check for gender bias.

For being a woman in a meeting: Woman Interrupted App claims to track how often you’re being interrupted in meetings. Research has long found that women are twice as likely as men to be interrupted. And it’s worse for women of color.

Q. What kind of tech do you use at home or in your personal life that you don’t use at work?

A. Here’s a travel pro-tip if you travel internationally: the Mobile Passport app, which allows you to skip the passport line.

I also use Signal for encrypted messages, Habit Lab to shame me when I spend too much time screwing around online and Weedmaps to find my closest legal pot dispensary (I was on the pot beat for a while).

Rover and Wag are for emergency dog walking or pet sitting, and my current obsession is HUJI, a camera app that will make all your photos look as if they were taken in 1998.