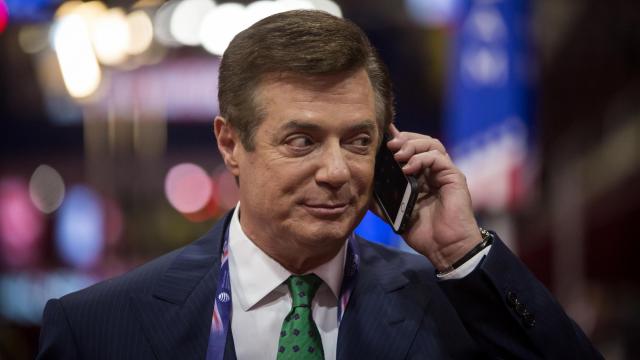 WASHINGTON — President Donald Trump’s former campaign chairman, Paul Manafort, sued the special counsel on Wednesday and asked a federal court to narrow his authority, escalating Republican efforts to discredit an investigation that has stretched longer than the White House expected.

The unusual move comes as Trump tries to portray the investigation as a politically motivated witch hunt that has cast a dark cloud over his administration and, in his view, the country.

The president said last week that he hoped the special counsel, Robert Mueller, would treat him fairly. Trump’s lawyers have advised against directly criticizing Mueller, a Republican former FBI director who is regarded as one of the premier law enforcement officials of his time. But with four former Trump campaign aides facing charges and no end to the investigation in sight, some of Trump’s allies have stepped up their attacks.

Manafort’s lawsuit gives voice to one of the common grievances Trump’s supporters have with Mueller: None of the charges he has brought answer the central question of his inquiry. Mueller is investigating the Russian government’s meddling in the 2016 presidential election and whether anyone close to Trump was involved.

As part of that investigation, prosecutors indicted Manafort on money laundering charges related to years of foreign lobbying — but not related to Russian election interference or the Trump campaign.

Manafort argued in the lawsuit that Mueller had gone too far. He sued both Mueller and Rod Rosenstein, the deputy attorney general, who appointed Mueller. The lawsuit said Rosenstein had improperly given Mueller the authority to investigate “anything he stumbles across while investigating, no matter how remote.”

Manafort asked a federal judge to reject Mueller’s appointment as overly broad and to dismiss the indictment against him. He also asked for a court order prohibiting Mueller from investigating anything beyond Russian meddling in the election.

A spokesman for Mueller had no comment on the lawsuit.

The case faces an uphill climb because Rosenstein has said publicly that he has specifically approved every significant step that Mueller has taken in the investigation.

But Manafort’s strategy is a clever legal maneuver that attempts to force prosecutors to reveal details about the scope of the investigation. By filing a separate lawsuit, Manafort’s lawyer, Kevin Downing, also creates the possibility of a protracted fight over Mueller’s authority.

“If the ultimate objective is to continue to try to undermine the credibility of Mueller and his prosecutors, it could have some value,” said Jimmy Gurulé, a Notre Dame law professor who was a senior Justice Department official in the administration of President George H.W. Bush. “But in terms of a legal strategy, it’s highly unlikely to prevail.”

Worse for the White House, the lawsuit also invites Mueller to give a “devastating response” that spells out all the ways Manafort is relevant to Trump and the Russia investigation, said Peter Zeidenberg, a former prosecutor who worked on a special counsel investigation during the George W. Bush administration. “If I’m the government, I’m licking my chops to file this response. He’s going to tie a bow on this,” he said of Mueller.

Even if Manafort succeeds at every turn, his problems are not over. He could still face charges if new prosecutors decided to bring them. But any court ruling that narrowed Mueller’s authority would give him less leeway to use unrelated charges as leverage against people close to the president.

Mueller won the cooperation of Trump’s former national security adviser, Michael Flynn, for instance, after investigating him for unregistered foreign lobbying and lying to the FBI on matters unrelated to the election.

The lawsuit provides fodder for Republicans who are trying to discredit Mueller’s investigation. As evidence that Mueller is biased, critics have pointed to Democratic donations by members of his team and anti-Trump text messages sent by an FBI agent whom Mueller removed from the investigation.

The accusations in the charges against Manafort date back years, well before he began working for Trump. His lawyers argue that Mueller should be allowed to investigate only matters that directly arise from the Russia investigation. That theory echoes comments made by Trump, who has said that Mueller cannot investigate his family’s finances.

Mueller served as FBI director under George W. Bush and Barack Obama. He is credited with refocusing the FBI on counterterrorism after the Sept. 11, 2001, attacks. And he was widely praised by members of both parties when he was put in charge of the Russia investigation.

Trump has said he has no plans to fire Mueller, but he and his allies have repeatedly tried to disparage his investigation. Those efforts evoke the scandals of President Bill Clinton’s administration and his White House’s attempt to portray the independent counsel, Kenneth W. Starr, as a partisan who had run amok.