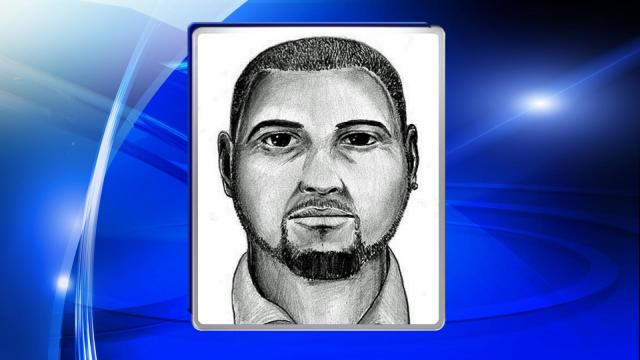 Fayetteville, N.C. — Fayetteville police are searching for a man who they said sexually assaulted a woman on Monday morning.

Police said that the man approached a 41-year-old woman at about 8 a.m. in the area of Cumberland Street and Hillsboro Street and offered her a ride, which she accepted. The man then drove to the area of Brinkley Street and Sewell Street, where he brandished a handgun and made the woman undress.

Police said the man sexually assaulted the woman before fleeing the area.

The man is described as black with low-cut hair and a goatee. He has short, fat fingers, a big gold earring in his left hear and is believed to be between 38 and 45 years of age, said police. Police said the man told his victim that he was from Georgia.

The victim told police that the man had multiple tattoos including a cross on his left bicep, a paragraph of words on his left forearm, and a spiral tattoo of words wrapped around his right forearm. Police said the victim was unable to make out what the words said.

The man was last seen wearing a green and orange striped shirt with cream colored shorts and white and grey Air Jordan shoes.

Police said they believe the man is driving a dark blue Toyota that has a handicap placard hanging from the rearview mirror. The right front tire on the vehicle was a spare and inside was a black and pink child’s booster seat.