Kearney, 24, of 541 Rowland St. in Henderson, now sits in the Wake County jail under a $2.5 million bond, accused of shooting a Raleigh police officer.

In addition to charges of attempted murder and assault on a law enforcement officer with a firearm, he faces charges of robbery with a dangerous weapon, breaking and entering and felony larceny in two other recent incidents.

The breaking and entering and larceny charges are connected to a break-in at a Holly Springs home on Wednesday in which six guns were stolen, according to an arrest warrant. The robbery charge stems from an alleged carjacking at an apartment complex off Western Boulevard last week.

Trevor Thomas said he was going to hang out with Sherry Richmond when Kearney jumped out with a gun, and Kearney and Richmond took his black 2015 Dodge Dart, wallet and phone.

Richmond, 22, of 205 Garden Path St. in Rougemont, was charged in connection with the robbery but not the officer's shooting.

A man called 911 on Wednesday night to report that he saw a car that looked like the stolen Dodge Dart parked on Teakwood Place, off Schaub Drive and Western Boulevard in southwest Raleigh.

Officer Charles Ainsworth was responding to the information provided by the 911 caller and was approaching a car when he was shot several times, including once in the neck, police said. He remains in serious condition at WakeMed.

Authorities said Kearney also fired at Officer Halpin, who was with Ainsworth during the incident. Halpin returned fire, but did not strike anybody, according to Raleigh police.

Thursday night, Kearney was charged with assault on a law enforcement officer in connection with firing at Halpin. 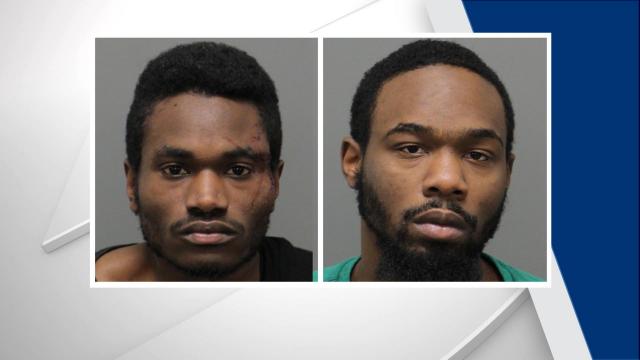 Police say Antonio Dequan Fletcher, 21, of 501-E N. Benson Court in Cary, was in the car with Kearney when Ainsworth pulled them over. He was arrested shortly after the shooting on a charge of possession of a stolen firearm. He remains in the Wake County jail under a $10,000 bond.

Fletcher has no criminal history, while checks of court databases show Kearney's prior criminal offenses were speeding charges from Brunswick County, Va., in September 2016 and from Vance County in October 2017 and a February 2018 reckless driving charge from Greensville County, Va.

Some Henderson residents said Thursday that Kearney lives in town, at least part-time, with his mother. Two women at the Rowland Street address listed for Kearney declined to comment Thursday.

But he never attended school in the area, according to Vance County Schools, and address searches indicate he may have lived in Maryland previously.

Suspect in Raleigh officer's shooting locked himself in toolshed

Kearney was apprehended about four hours after Ainsworth's shooting in a tool shed about a half-mile away.

A homeowner called police after he heard scuffling inside the shed and saw someone trying to undo a latch on the outside of the door from the inside.

Kearney didn't speak Thursday during a brief court appearance in which a public defender was appointed to represent him. He was sporting a large bandage on the left side of his face from injuries he suffered during his arrest.