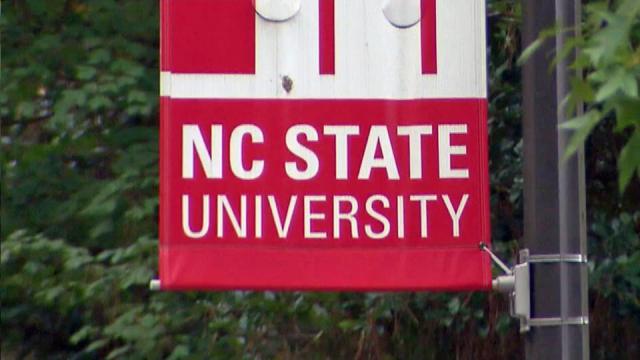 Raleigh, N.C. — Someone with a gun approached a group of students on N.C. State's campus early Thursday morning, according to police.

Around 2 a.m., a person approached a group of students walking near the intersection of Brooks Avenue and Vanderbilt Avenue, close to the Zaxby's on Hillsborough Street.

According to police, the person, described as a Black man with a white tank top, blue jeans and a red ski mask, pointed a gun at the group and demanded money.

The students were not injured, and nothing was stolen.

Police said the students ran away and the man also fled the area.