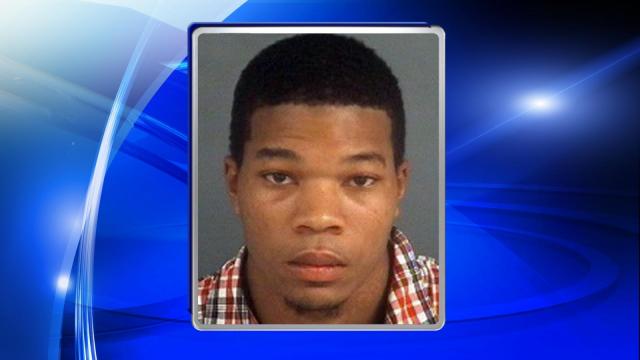 Fayetteville, N.C. — Fayetteville police are searching for a man wanted in a string of vehicle break-ins over the past month.

Authorities said that Clinton Tyreese Lewis, 22, of the 260 block of Waterdown Drive, may have worked with others in a string of robberies from cars that were left unsecured between May 2 and June 5.

The vehicle matched the description of a truck used in several additional incidents and was recovered Tuesday at a vacant residence in the 5200 block of Longbranch Drive.

On Tuesday, Fayetteville police officers attempted to locate Lewis in a parking lot in the 5300 block of Yadkin Road, where he was known to frequently wash vehicles. Lewis was alerted to the approaching officers and fled on foot before they arrived, police said.

Lewis has been charged with breaking and entering of a motor vehicle, felony larceny, possession of stolen goods and obtaining property by false pretenses.

Police said Lewis has a lengthy criminal record that includes a conviction on a charge of possession of a firearm by a convicted felon. He is a known gang member who is believed to have a gun on him and should be considered armed and dangerous, police said.

Anybody who believes they may have been a victim of one of the vehicle break-ins should call Fayetteville police at 910-433-1529 with a detailed description of their missing items.