Man wanted in hit-and-run, chase arrested after asking to use bathroom in Dollar General store 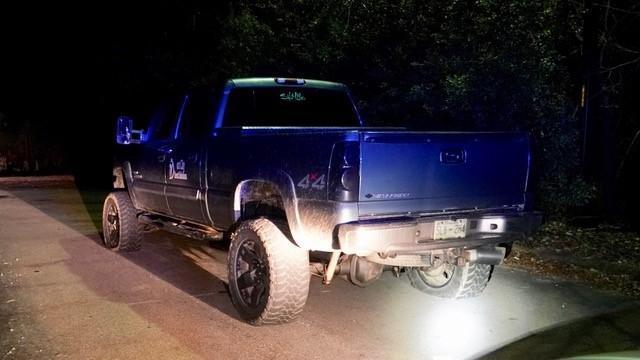 Clayton, N.C. — A man wanted in connection with a hit-and-run and subsequent police chase was taken into custody after alert Dollar General employees called 911.

Highway Patrol troopers said a Chevy Silverado was involved in a hit-and-run crash Tuesday evening on N.C. Highway 42 and was stopped by authorities at about 7 p.m.

The trooper who stopped the Chevy asked the driver to get out of the truck, but the driver jumped back inside and drove off as the trooper walked back to his patrol car, authorities said.

The man led authorities on a chase, which approached the Clayton Christmas Parade at one point, and jumped out of the truck when troopers used stop sticks to stop the vehicle.

A short time later, Dollar General employee Elbert Corbin said a man entered the store with mud on his clothes and visible cuts. The man asked to use a bathroom at the store, but left to go to the gas station across the street when employees, who had heard about the police chase, refused.

Corbin said he and his co-worker trusted their instincts and called 911.

“It just wasn’t right, because his shoes and stuff looked like he had been running through the woods and then I heard about the cops down here…searching for him in the woods,” he said.

Authorities have not identified the driver or said what charges he will face.