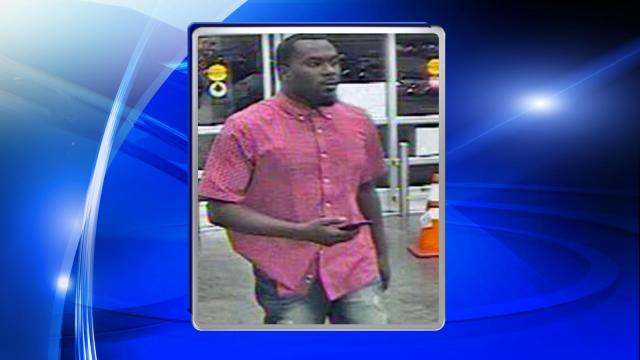 Authorities said that a woman parked her Chevrolet Malibu in the Cumberland Creek apartment complex on Cumberland Bay Drive at about midnight on July 6 and the vehicle was broken into.

The following morning, the woman received a call that there had been unusual activity on her credit card overnight as someone made purchases at a Circle K, Walmart and BP gas station.

The man was captured on surveillance cameras using the stolen card at Walmart and was seen driving a white Ford Taurus or Mercury Sable with a different colored door on the rear driver’s side.