Man to spend rest of life behind bars for killing wife, boy whose remains were found under Mebane billboard

Hillsborough, N.C. — A man charged with killing his son and dumping his body under a Mebane billboard will spend the rest of his life in prison for the crime and for killing the boy's mother.

John Russell Whitt, 57, pleaded guilty Wednesday to two counts each of second-degree murder and concealing a death. He was sentenced to 26 to 32 years for each murder, to be served consecutively after he completes a stint in federal prison for robbery in 2037.

Whitt said he is "in heartbroken sorrow" over the killings and begged forgiveness from his former wife's family. He said he's haunted by their murders and even tried to commit suicide in prison in 2001.

"It's hard to even know what to say to you, in part because this is such an inexplicable tragedy and in part because I get the sense that you know that, you’re aware of that," Superior Court Judge Allen Baddour told Whitt as he sentenced him. 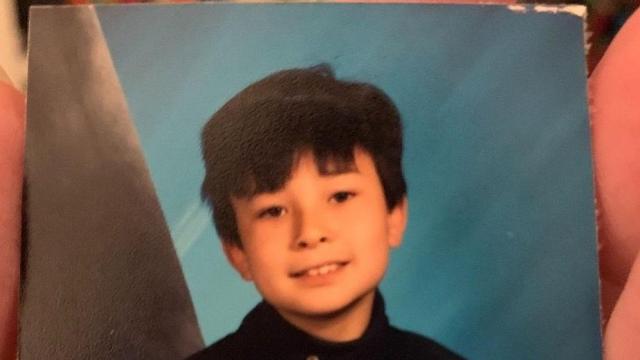 The boy's remains were found by a grass-cutting crew under a billboard off Interstate 85 in Mebane in September 1998, and his identity remained a mystery until last year, when the Orange County Sheriff's Office used DNA to identify him as Robert “Bobby” Adam Whitt, who was born Jan. 7, 1988.

Investigators had earlier reconstructed Bobby's face from his skull and produced sketches of what he probably looked like, but they never got any matches on national databases of missing children.

After seeing information in the National Missing and Unidentified Person System about a woman's body that had been found off I-85 in South Carolina in May 1998, the Orange County Sheriff's Office contacted authorities in Spartanburg County, S.C., in late 2018 about a possible connection between the cases.

The woman's body was found naked with binding marks on her wrists. An autopsy performed in 1998 determined that she had been suffocated.

South Carolina investigators were able to identify the woman as Myong Hwa Cho, and a DNA comparison a year ago confirmed that she was the mother of the boy.

Orange County investigators used leads from DNA results to find close relatives, who said they had always been told that Cho had returned to her native South Korea with her son.

Whitt was charged with Bobby's death last May.

He met Cho while serving in the Air Force in South Korea, Orange County Assistant District Attorney Anna Orr said. They later married and were living in the Concord area when Whitt began having an affair. To get his wife out of the way, Orr said, he killed her, wrapped her body in a blanket and drove it to South Carolina to dispose of it.

His mistress moved in with him a short time later but didn't get along with Bobby, Orr said, so Whitt took him for a drive and killed him as well.

"He requested that Bobby get in the back seat and told him they were going to play a game, told him to lie down with his eyes closed," Orr said. "At that time, he crawled into the back seat, got on top of Bobby and suffocated him with a towel."

He then told the mistress, who believed that Cho had moved back to South Korea, that he had put the boy on a plane be with his mother.

Whitt blamed the murders on his lust and said he still loves and misses his wife and son.

"The terrible things that I did do are in complete contrast to how I feel about little Bobby and dear Myong Ha, whom I loved and miss beyond words," he said in court.

Tim Horne, an investigator with the Orange County Sheriff's Office, worked Bobby's case for 20 years, trying every new technology to identify the boy until one finally succeeded. Even though he's retired, he kept up with the case and stayed in contact with Bobby's relatives.

"They’re very happy that there’s going to be some kind of conclusion, that he’ll be punished," Horne said. "They’re still having a hard time dealing with this."

Whitt was arrested for several armed robberies in 1999 and has been in federal prison ever since. He will be transferred from Kentucky to the federal prison in Butner to complete his federal sentence before being moved into North Carolina's state prison system.