Wilson, N.C. — The man suspected of killing his girlfriend and her adult son at a Wilson County home on Tuesday was apprehended in Goldsboro on Wednesday afternoon, authorities said.

Goldsboro police arrested Adrian Tynrell Horne at a mobile home park at about 2 p.m., but no other details were immediately available.

Investigators said Horne and his girlfriend, 44-year-old Latasha Tennill Tomlin, got into an argument Tuesday as she was trying to leave him and move from the home they shared on London Church Road. Her 21-year-old son, Rakwon Tyleek Williams, his 18-year-old girlfriend, Lakiyah Williams, and Tomlin's 18-year-old daughter, Fredia Williams, were helping her move when shots were fired, authorities said.

Rakwon Williams was shot several times and was found dead at the home, and Lakiyah Williams and Fredia Williams were also shot during the incident.

Authorities said Adrian Horne then fled the area with Tomlin and Rakwon Williams' and Lakiyah Williams' 8-month-old child in a black Buick sedan. The bullet-riddled Buick – the driver's window had at least six bullet holes – was later found about 20 miles away, near Otter Creek Church Road and Cedar Creek Lane in southern Edgecombe County.

Tomlin, who had been shot several times, was found dead inside the vehicle, but the baby was alive and was taken to a nearby hospital for evaluation.

By Wednesday morning, Lakiyah Williams was back at home recovering from a gunshot wound to her back, and she had been reunited with her baby, authorities said.

"I could look in his eyes, and it was like something is just not right. I think the whole family could tell something wasn’t right," she said. "[Tomlin] changed totally. She kind of distanced herself from her family.

"We tried to talk to her, but sometimes, they don’t listen until it’s too late, and I think this is the outcome of being too late," she added. 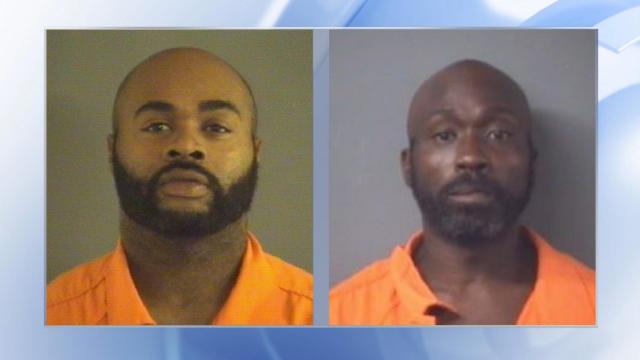 Bianca Leal, a friend of Adrian Horne, said he briefly hid out in a neighbor’s trailer before getting picked up by someone in a champagne-colored, 2000s model GMC Yukon.

"He didn’t have no shoes on. He was sweating like crazy," Leal said.

Authorities said Horne's brother, Timothy Robert Horne, was driving the Yukon and picked up his brother near where the Buick had been abandoned to help him escape.

Timothy Horne, 40, of Wilson, was arrested Wednesday morning and charged with four counts of accessory after the fact of murder and was being held in the Wilson County jail under $250,000 bond.