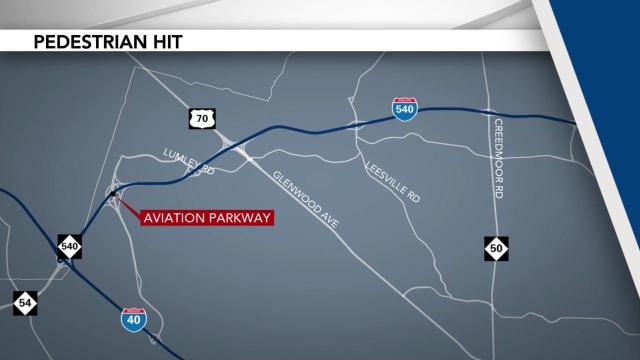 Morrisville, N.C. — A man is in serious condition after he was struck by a car early Thursday while walking on Interstate 540 near Morrisville.

Troopers with the N.C. State Highway Patrol said the 37-year-old man was walking in the right lane near Aviation Parkway (Exit 2A) when he was hit by a car traveling at 70 mph. The man was transported to the hospital with serious injuries but is expected to recover.

Troopers say the driver will not face any charges.