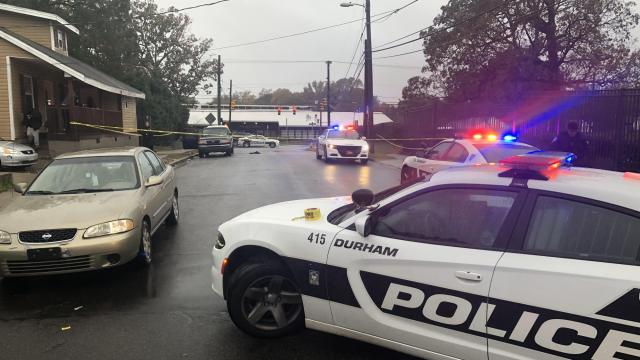 Durham, N.C. — A man was shot in the leg overnight while he was walking with another person, according to Durham officials.

The shooting was reported to police officers on Monday just after 2 a.m. Officials said the suspect was in a dark-colored car and shot the man in the 1000 block of Linwood Avenue near South Alston Avenue.

The victim was transported to a hospital with non-life-threatening injuries.

The man had been walking to a store, but it was not clear which store, officials said.

Durham police were in the process of interviewing witnesses. No suspect information was provided.