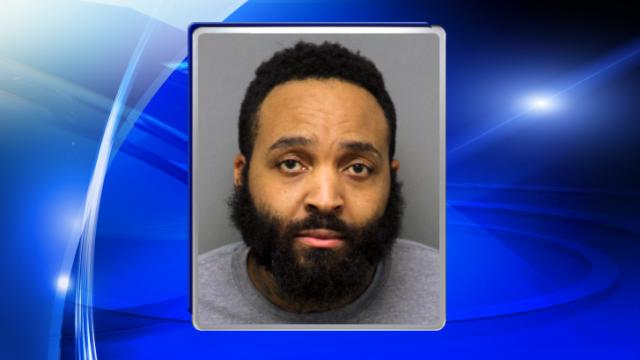 Raleigh, N.C. — A man wounded last month in a double shooting in downtown Raleigh faces drug charges after investigators found heroin and cocaine hidden in a hotel room he had checked into a day before the shooting.

Search warrants released Thursday indicate that police found "a large trafficking amount of heroin and a small amount of cocaine" in a pillow of a couch in Room 122 at the Hyatt Place North Raleigh-Midtown Hotel.

The find was on Aug. 22, two days after Joshua Jamar Vines, 30, of Knightdale, was shot in the abdomen and another man killed on West South Street, just south of the Red Hat Amphitheater.

The hotel's manager contacted police while they were investigating the shooting, because a cleaning service found narcotics and drug paraphernalia in Room 122, according to the warrants.

Police detail in the search warrants that investigators gave the hotel the OK to rent the room to Robinson, and they arrested him after he allegedly left with the drugs.

Text messages on Robinson's cellphone then led investigators to arrest his sister – Vines' wife – Jessica Tanisha Vines. Investigators found in her purse handwritten notes about the drugs, according to search warrants.

Joshua Vines was arrested Sept. 1 and was in the Wake County jail Friday under a $300,000 bond on charges of trafficking opium or heroin, conspiring to traffic opium or heroin and possession with intent to sell or distribute heroin.

Robinson, 24, of Raleigh, was arrested Aug. 22 on charges of trafficking opium or heroin and possession with intent to sell or distribute cocaine. He was in jail Friday under an $85,000 bond.

Jessica Vines, 25, was arrested Aug. 29 on a charge of conspiring to traffic heroin. She was not listed Friday as an inmate at the jail.

It's unclear if the drug charges had anything to do with Joshua Vines' shooting.

Raleigh detectives haven't commented on their investigation other than to say police found him wounded and Ramon Antonio Shaw, 23, dead shortly before 5 a.m. on Aug. 20.

Warrants don't identify Shaw by name but say police, responding to 328 W. South St., found a man shot in the chest and head. He died at a local hospital.

People who live nearby reported hearing booms around 4:30 a.m. and seeing three vehicles fleeing the area.

In a fifth warrant to search a white 2004 Hummer, police reported a man shot in the chest being dropped off at the hospital by two men and two bullet holes in the SUV as well as blood on the outside of the rear passenger door.

It also wasn't clear if that man or the Hummer are related to the shootings.