Durham, N.C. — Officials say a man shot by an officer during a Durham standoff is charged in connection with the death of his father.

Chivalry Alexander Moore, 33, of Kinston, was charged with murder on Saturday night after he was released from the hospital. A deputy with the Durham County Sheriff's office shot Moore on Tuesday during an incident at a home at 5706 Tomahawk Trail. 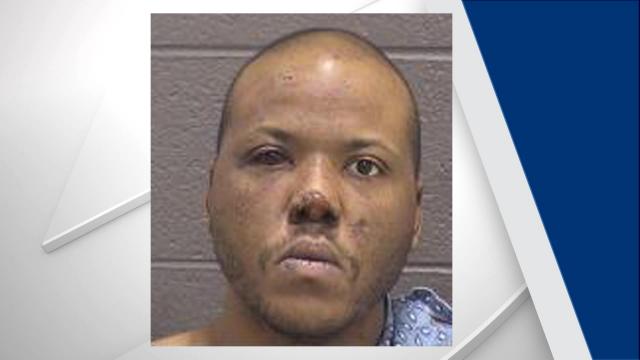 Officials say Willie Moore, 60, who lived in the home, died at some point before the standoff. Willie Moore was the suspect's father, officials said.

According to authorities, deputies responded to Moore's home just before 6 p.m. to check on the resident after someone reported that a man in the home said he had "done something bad."

When deputies arrived, they found the suspect barricaded inside. After multiple attempts to make contact with him over five hours, an emergency response team entered the home and took him into custody, authorities said.

Willie Moore's body was found inside the home, but it is unclear how he died.

Chivalry Moore was shot and suffered non-life-threatening injuries. He was transported to Duke University Hospital and was arrested upon his release Saturday night.

Neighbors said the area is often quiet, so this incident came as a surprise.

"There was nothing going on in the neighborhood until this happened," one kid said.

One deputy involved in the raid on the home suffered minor injuries and was treated at the scene by EMS.

Gerald Thomas, deputy director of the State Bureau of Investigation, which is reviewing the case, said a Durham deputy shot the man barricaded in the house. The deputy involved, whose name hasn't been released, has been placed on paid administrative leave pending the outcome of an internal investigation.

Thomas said he didn't know if the suspect fired at deputies or if he was even armed.

"He was quiet, kept to himself quite a bit," Carter said of Willie Moore, noting that he was a widower and was disabled.

She said she heard four gunshots during the incident.

"We’ve never had any kind of problems at all here. [It's] very quiet. This is not like this neighborhood at all," she said. "I’m shocked that anything like this could’ve happened. It’s just heartbreaking."

"I just feel sorry for those who are missing him," one neighbor said.

Moore is expected to make his first court appearance on Monday.