New York — A German man who the authorities say “rubbed shoulders” with Osama bin Laden and other top al-Qaida officials who planned and executed the Sept. 11 attacks has been charged with conspiring to kill Americans and support terrorists along with other crimes, federal prosecutors announced Wednesday.

In a superseding indictment unsealed in the Southern District of New York, the man, Christian Ganczarski, 51, was charged with a total of four counts; if he is convicted on all of them, prosecutors say, Ganczarski would face a maximum sentence of life in prison.

The United States is seeking Ganczarski’s extradition from France, where he has served 15 years of an 18-year sentence for crimes related to a 2002 al-Qaida attack on a synagogue in Tunisia. (He has denied involvement in the attack.)

Attempts to reach a lawyer for Ganczarski were not successful Wednesday.

In a statement, Geoffrey S. Berman, the U.S. attorney in Manhattan, accused Ganczarski of providing “critical support to the most prolific terrorists of our time.”

“The unsealing of the indictment exemplifies this office’s commitment to the relentless pursuit and prosecution of those who seek to harm Americans,” he said.

Prosecutors say that Ganczarski, who is known by several other names, traveled from Germany to Pakistan and Afghanistan on at least five occasions from 1999 to 2001. They say that during the trips he became associated with al-Qaida; developed “personal relationships” with its leaders; and lived in the organization’s fortified compound, its guesthouses and other facilities operated by the group in Afghanistan.

According to court documents, Ganczarski at one point transported a potential terrorist operative to a meeting with two al-Qaida leaders so they could discuss “conducting an attack against U.S. interests.” Around that time, they say, he also spoke with bin Laden.

Prosecutors say that after the Sept. 11 attacks, Ganczarski stated that he had been aware that “something big was about to happen.” They say that in November 2001 he tried to repair malfunctioning missiles so they could be fired at U.S. military aircraft.

Ganczarski also provided — or in some cases attempted to provide — al-Qaida with computers, radios and other technological equipment, the superseding indictment said; in some cases, the hardware came from Germany, and prosecutors say Ganczarski sometimes showed al-Qaida members how to use it. 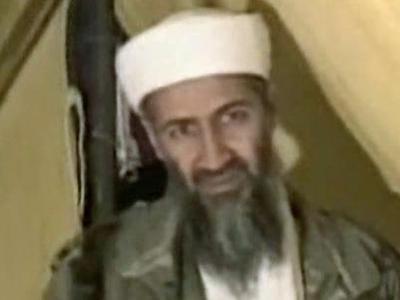 Prosecutors also said that Ganczarski attended a speech delivered by bin Laden in January 2000. The speech was attended by at least 100 men, including at least one of the plotters in the August 1998 bombings of the U.S. Embassies in East Africa, and one of the future hijackers in the Sept. 11 attacks, they said. The prosecutors allege that Ganczarski sat in the front row during the speech, with a son of one of the leaders of al-Qaida on his lap.

Ganczarski, who immigrated to Germany from Poland, converted to Islam in the mid-1990s. The German police have said they believe that he was recruited by al-Qaida in Duisburg.