Man ruled insane, found not guilty of beheading his mother

Louisburg, N.C. — A Franklin County man who decapitated his mother last year was found not guilty on Monday because he was in a psychotic episode at the time. 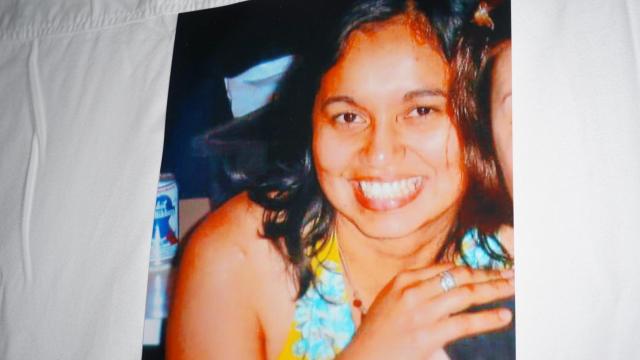 Authorities were called to a home at 90 Morgan Drive, near Zebulon, after Funes Machada called 911 and told a dispatcher that he had stabbed his mother because he was mad at her.

Authorities said that he also cut off her head with what appeared to be a large butcher knife and had walked out of the home holding her head in one hand and the knife in the other as Franklin County deputies arrived at the home.

Franklin County District Attorney Mike Waters dismissed the charge against him a year ago, saying mental health professionals ruled that he wasn't competent to stand trial. He was committed to Central Regional Hospital in Butner for mental health treatment.

George Corbin, a psychiatrist hired by the defense, testified during a court hearing Monday that months of treatment and anti-psychotic drugs have now made Funes Machada competent for trial. But Corbin said he believes the teen was "extremely psychotic" at the time of the attack and was therefore not criminally responsible for his actions.

"Much of his psychosis over time ... has maintained sort of a religious component to it," Corbin said. "[He had] delusions or hallucinations that God was instructing him to do things, or alternatively, that there were evil spirits and dark shadows, including possessing his mother, that were directing his behavior and hers."

Funes Machada told Corbin and other psychiatrists that he was acting on orders from God when he killed his mother.

"Mr. Machada became increasingly convinced that, in fact, God wished to bring his mother home to him, and the command for him to kill her was related to that," Corbin testified, noting that Funes Machada tested his theory out by first punching his mother on the day of the attack.

When God didn't stop him from hitting her, Funes Machada believed the voices he was hearing were from God, so he went on with the attack to send his mother to heaven, Corbin testified.

Waters said state psychiatrists agreed with Corbin's findings that Funes Machada was insane when he killed his mother.

"I just want to say I'm sorry if I let my family down, and I just hope God forgives me," Funes Machada said in court.

Corbin said such commitment is needed because Machada doesn't accept that he has a mental illness and won't continue taking his anti-psychotic medication unless ordered to do so. That makes him a danger to himself and others, Corbin said.

"To be quite honest with you, I would not want to see him in an unsecured setting," he said.