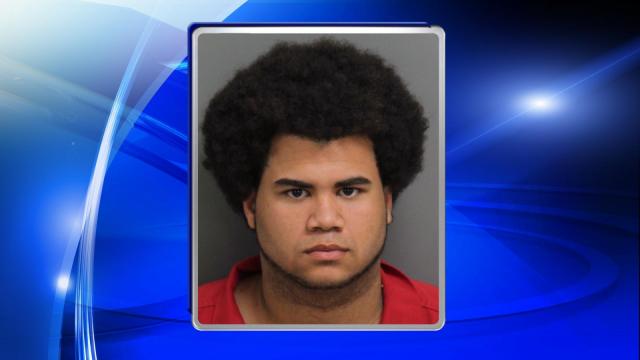 Raleigh, N.C. — A man pleaded guilty Monday morning in connection with a 2014 double homicide in Fuquay-Varina.

Gregory Crawford, 22, is charged with two counts of first-degree murder, robbery with a dangerous weapon and burglary. According to police, Crawford, and two other men, shot and killed Arthur Lee Brown, 78, and David Eugene McKoy, 66, on July 19, 2014 at a home on Howard Road.

On Monday, Crawford faced the victim's family in court.

"It was very important for me and for my family and for everyone to know what kind of person (McKoy) was, what he meant to us and how the actions of these young men have affected our family, and will affect our family for the rest of our lives," said McKoy's sister, Latonya McKoy.

Relatives said McKoy had learning disabilities, but was a hard worker with a kind heart.

"Why did you have to kill them? They are two older men," said McKoy's nephew, Pastor James McKoy. "...Who could shoot somebody in the face while they are alseep."

"Sometimes I don't want to get out of bed. I am mad at the world," he said. "It's made me really, extremely cynical and cold."

Crawford apologized to the family, but said there were things involved in the crime that he was not responsible for.

A judge sentenced Crawford to life in prison without parole.

Kevin Britt and Donovan Richardson are also charged in connection to the murders. Britt has already pleaded guilty, and Richardson's trial is scheduled for 2017.