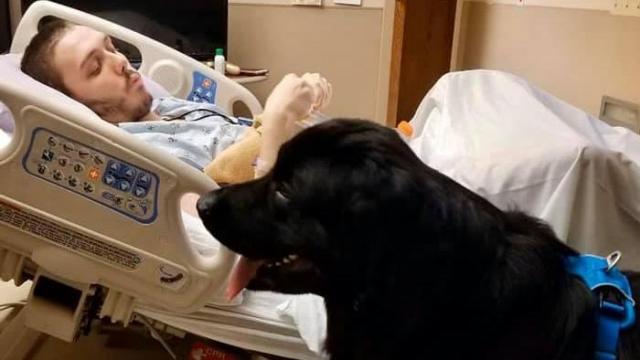 Raleigh, N.C. — The online fundraiser continues for Chandler Ray, the 24-year-old man who was paralyzed in a car crash month.

Though Ray's injuries were severe and his long-term rehabilitation is underway, there is good news.

Ray was traveling with his dog Rufus when the crash happened, and Rufus went missing afterwards. 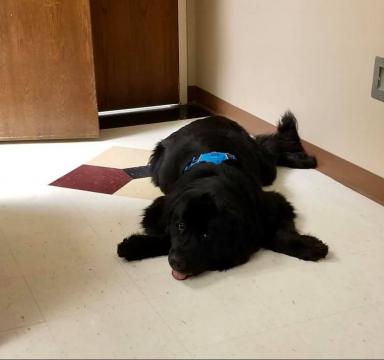 In a day-after-Christmas miracle, Rufus, a 150-pound Newfoundland, was found wandering a few miles from the accident scene, bruised but unharmed.

On January 14, 22 days after the crash, Rufus and Chandler were reunited when Rufus was able to visit with Chandler in the hospital.