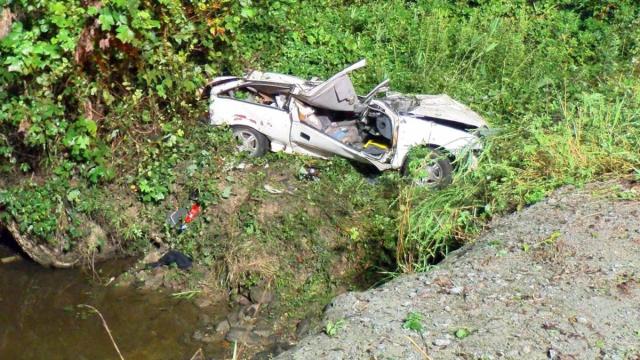 Johnston County, N.C. — Officials said a man was killed and a woman is in critical condition after a wreck on Government Road near Blue Pond Road Thursday night in Clayton.

Robert Anthony Tutor Jr., 23, was ejected from the vehicle around 11 p.m. after it lost control in a curve in the road, according to the North Carolina State Highway Patrol. Tutor was found face down in a creek.

The female passenger was severely injured but was not identified.

Authorities said the vehicle is suspected in an earlier hit and run and domestic situation.