Three charged with murder in shooting death of Durham man 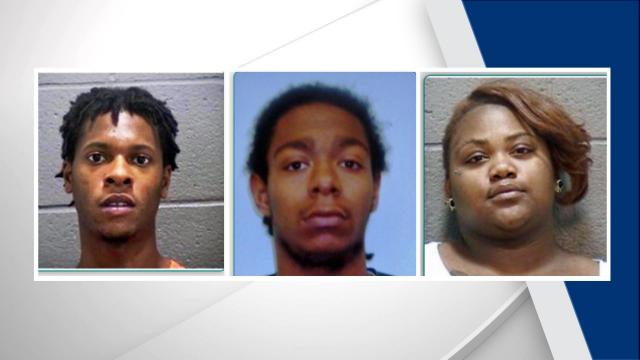 Durham, N.C. — Three people were arrested Sunday night in connection with a shooting that left a 62-year-old Durham man dead.

Around 8:45 a.m., officers with the Durham Police Department responded to the intersection of Fidelity Drive and Fiske Street. They found Bernabe Dubon, of Durham, outside on the ground suffering from gunshot wounds.

Dubon was taken to a local hospital, where he died as a result of his injuries.

Khalil Knight, 22, Kenneth Gibbs, 21, and Monet Wise, 23, off of Durham, were charged with murder. Knight also faces an additional charge of armed robbery.