Fayetteville, N.C. — One man died Saturday morning and four others were injured in a shooting at a gentlemen's club on Bragg Boulevard.

Around 2 a.m., officers with the Fayetteville Police Department responded to a shooting at Diamondz Gentlemen's Club, located at 2835 Bragg Boulevard. At the scene, police found five victims suffering from gunshot wounds.

All the victims were transported to a local hospital, where 40-year-old Akash R. Talati died as a result of his injuries. Officials said one victim is in critical condition, one is in fair condition and two others have been released from the hospital. 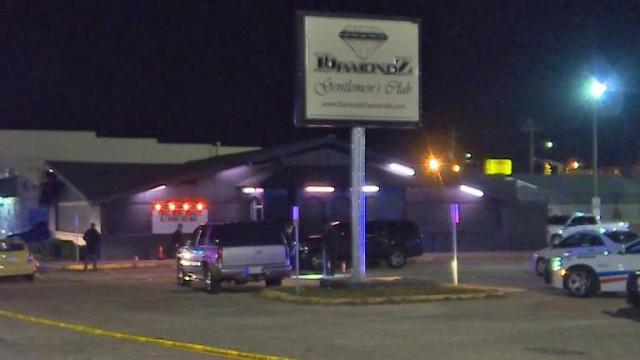 Markeese Dewitt, 23, was charged Saturday night with attempted murder in connection with the shooting. He was receiving treatment at an area hospital Saturday night and will be arrested upon release, police said.

A memorial for Talati was growing outside the club Saturday night as homeowners in the area expressed shock about the shooting.

"For the first three months, whenever I walk by, it was always a nice vibe. They're just nice people, having a good time. Nothing is going on," said Sean Daley, who recently moved to the area.

According to posts on social media, Talati was the owner of the Diamondz Gentlemen's Club, but police would not confirm that information.

The names of the remaining victims are being withheld until family can be notified.

The shooting is currently under investigation and police have not released a motive.

Anyone with any information is asked to contact Detective J. Littlejohn with the Fayetteville Police Department at 910-818-3468 or Crime Stoppers at 910-483-8477.