Raleigh, N.C. — One of the victims in a Sunday morning shooting and stabbing has died.

Raleigh police said Eric Jenade Freeman, 47, died as a result of his injuries after being shot. Detectives are now investigating the incident as a homicide.

Around 2 a.m. Sunday, officers responded to the Paris Lounge in northeast Raleigh, located at 5500 Atlantic Springs Road. Officials confirmed two men were shot and another was stabbed.

Butler and Best have both been released.

Bullets damaged windows at the club, and witnesses told WRAL News shots were fired inside the building. Debris covered the parking lot, and several food trucks were parked outside. 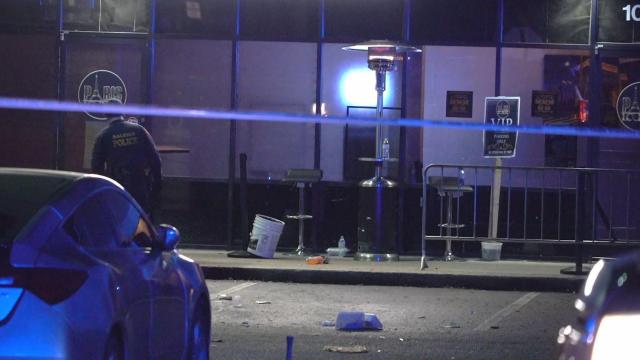 The shooting is under investigation, and police said they'll likely be at the club until Monday afternoon. Anyone with information is asked to call Raleigh Crime Stoppers at (919) 834-HELP or visit raleighcrimestoppers.org.