Raleigh, N.C. — Police have linked a man who fled authorities last week in Garner with a Raleigh home invasion and shooting that occurred on March 24 around 7:50 p.m. 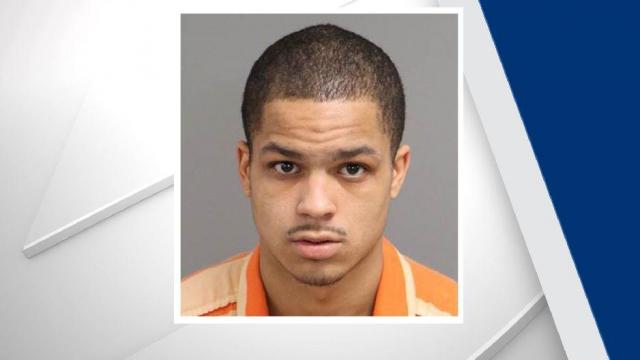 He was originally wanted in connection to a March 16 armed robbery in a room at the Wake Inn on New Bern Avenue in Raleigh. Garner police were pursuing Miller-Torres on March 27 when two patrol cars collided, injuring an officer.

Police said three men forced their way into an apartment at 105 Bashford Rd on that Saturday night. Two of the intruders were armed and shot a man inside the home.

They fled the scene in a purple Acura. The victim was taken to WakeMed with non-life-threatening injuries.

Garner police said the officer injured in pursuit of Miller-Torres will be out of work for several weeks, but he is expected to make a full recovery.

Police said the Miller-Torres drove his car into a ditch, and then ran away from the scene while wearing a gold jumpsuit. Authorities locked down the area to search for Miller-Torres, but he was not found, and the manhunt was eventually called off.

The circumstances leading up to Miller-Torres' arrest Wednesday have not been released.

Miller-Torres has several convictions for breaking and entering and larceny, and he was on probation after being released from prison in January, according to state Department of Public Safety records. He has pending charges of three counts of robbery with a dangerous weapon and three counts of conspiracy to commit robbery with a dangerous weapon in the March 16 robbery.