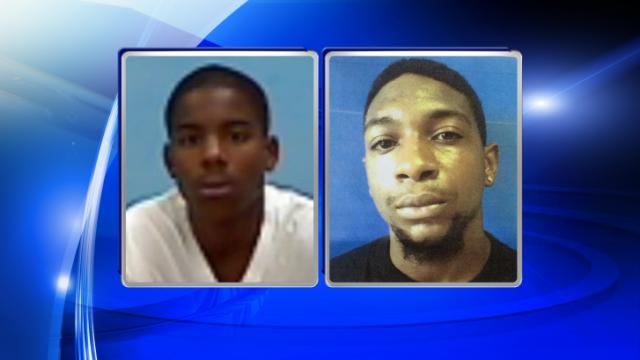 Halifax, N.C. — Halifax County authorities arrested a man Thursday and were looking for a second suspect in connection with the death of a 15-year-old boy who was shot Monday night near Weldon

Garner was walking with a group near 11th Avenue and Maple Street Extension around 9:45 p.m. when two men came out of some woods and shot him and two people who were with him.

Teddy Keith Anderson Jr., 18, of Weldon, is also wanted in connection with Garner's death. Investigators say he is considered to be armed and dangerous.

Authorities haven't commented on a possible motive, but Tripp said they believe they do know what prompted the shootings.

"This was not random," he said at a news conference Thursday afternoon.

Clanton, who has a criminal history that includes convictions for drugs and firearms charges, was jailed without bond. He also faces two counts of attempted first-degree murder for the shootings of two other people – Wilson Green, 17, of Weldon, and Calvin Robinson, 20, of Halifax – who were with Garner at the time.

They were treated at a local hospital and released, Tripp said.

Weldon police have said that they believe Garner's shooting is related to another one that happened less than a mile away around 12:30 a.m. Tuesday.

In that case, 2-year-old Dyana Anderson was fatally shot and her grandmother, Catherine Price, was wounded while they slept inside their Cedar Street home.

Price, 54, was listed in fair condition Friday morning at a local hospital.

Police Chief Mark Macon said Thursday that his investigators are continuing to work the case but that no arrests have been made.

"We have some good, solid leads we are working on," he said.

He's planned a news conference for noon on Friday but said earlier this week that the shooting was deliberate.

"I still hold the belief that the two cases are related," Tripp said Thursday, again declining to comment further because of the active investigations.

In Garner's case, investigators have said that multiple shell casings were found at the crime scene, leading detectives to believe there were two shooters.

Tripp declined to comment about other possible suspects but said investigators have other persons of interest.

"They're not strangers to Halifax County," he said. "Let me just put it to you that way."

Anyone with information that could help investigators should call the Weldon Police Department at 252-536-3136 or the Halifax County Sheriff's Office at 252-583-8201.

Meanwhile, Tripp added, he has increased patrols in the area and authorized overtime for deputies.