Fayetteville, N.C. — A late-night argument between two men in the parking lot of a Fayetteville grocery store Friday ended in gunfire when one of the men pulled out a gun and shot the other man whom police said initiated the dispute, investigators said Saturday.

Police were called to a Food Lion, located at 3300 Rosehill Road near Country Club Drive, shortly after 9 p.m.

When they arrived, they found Richard Bradley, 31, suffering from a gunshot wound to the stomach, police said. He was rushed for medical treatment to Cape Fear Valley Medical Center, where he was stable on Sunday night.

Police said Marquel White, 26, and his 2-year-old daughter had just left the grocery store when they were confronted by Bradley who began cussing at White while following him and his daughter to their car. When White attempted to get in his car, the other unidentified man swung at him with what was believed to be a knife. 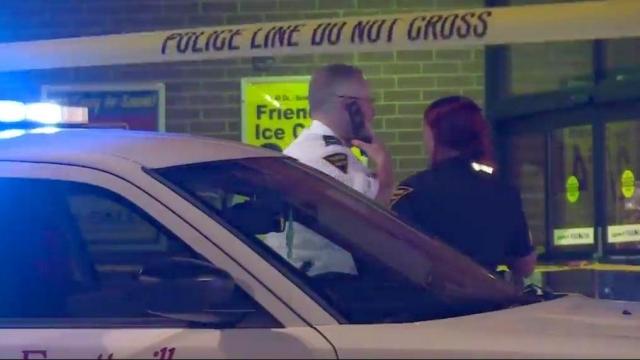 Police said White pulled out a gun and shot the aggressor, who has been charged with assault. The man collapsed in the parking lot before rescue workers arrived.

Police said they recovered a knife and sheath from the ground near White’s vehicle.

Police have not yet said what the two men were fighting about or said publicly if they knew each other.

Anyone with information about the case was asked to call Fayetteville police at 910-676-2396.