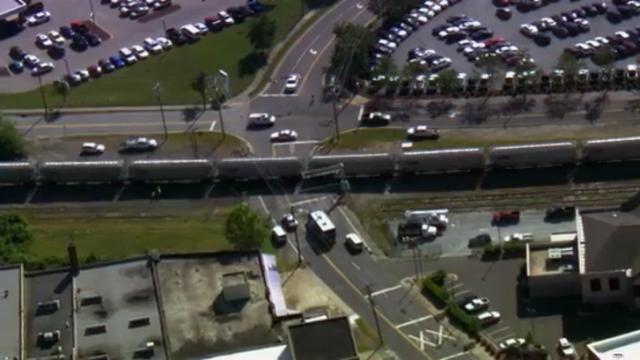 Durham, N.C. — A man walking on railroad tracks near the intersection of Pettigrew and Dillard streets was killed Monday afternoon after he was hit by a freight train, police said. He was pronounced dead at the scene.

Intersections along Pettigrew Street at Dillard, Ramseur and Fayetteville streets were blocked due to the length of the stopped train.