Cumberland County, N.C. — A Hope Mills man was killed Monday night after he parked his four-wheeler on the median of Interstate 95 and was hit by multiple vehicles, authorities said.

The North Carolina State Highway Patrol said Calvin Douglas Porter, 25, was riding his four-wheeler across the median near Exit 41 in Cumberland County.

Porter parked his four-wheeler and walked into the southbound lane of the interstate, where he was struck by multiple vehicles, the Highway Patrol said.

His family said he was first hit by an 18-wheeler.

Friends and family said Porter was known to ride his four-wheeler in the area and may have dropped something and then gotten off the vehicle to retrieve it.

“We think he may have gotten off to get his cellphone, and that’s when he was hit by the 18-wheeler,” a family friend said. 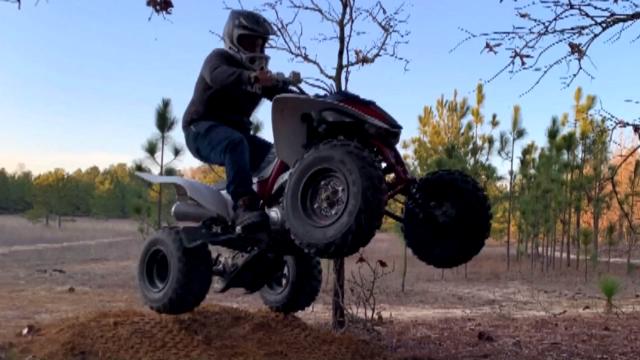 The Highway Patrol said fog and weather likely played a role in the crash. Troopers were dispatched to the scene around 9:30 p.m.

Porter leaves behind an 18-month-old son and a 7-year-old daughter.

He was planning a surprise wedding for his fiancée, his family said.