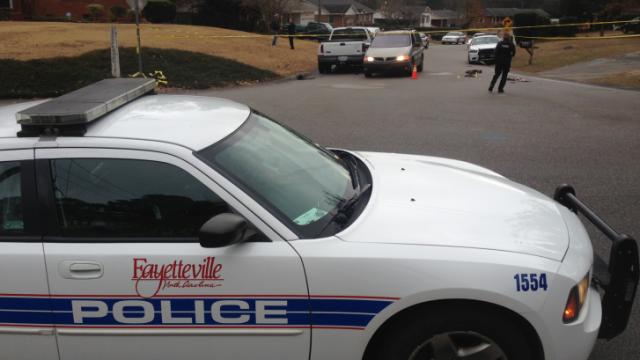 Fayetteville, N.C. — Authorities are looking for two people wanted in connection with the shooting of a man found in his van on a Fayetteville street Wednesday afternoon.

Police found the unidentified 43-year-old man at the corner of Devonshire Drive and Cheltenham Road around 1:16 p.m.

Investigators said the victim and two other men had been arguing before the shooting.

The man was taken to Cape Fear Valley Medical Center, where he was listed in critical condition Wednesday evening.

Authorities have not offered a motive for the shooting but said they don't believe it was random.

They provided only vague descriptions of the suspects. One was about 6 feet tall with a thin build who had long dreadlocks. The second was dressed in all black clothing.

Anyone with information that could help investigators should call the Fayetteville Police Department at 910-723-2610 or Crime Stoppers at 910-483-5477.