Man fatally shot while sitting in car near downtown Durham

Durham, N.C. — Durham police are looking for the people responsible for an overnight shooting in Durham.

One man died in the shooting, which occurred around 12:30 a.m. on Monday along Gray Avenue near North Alston Avenue.

According to the Durham Police Department, 44-year-old Ronald Callanan Jr. was sitting in a car on the passenger's side when two to three people pulled out handguns and started shooting. The shooters fled the scene.

Callanan was transported to a local hospital, where he died as a result of his injuries. 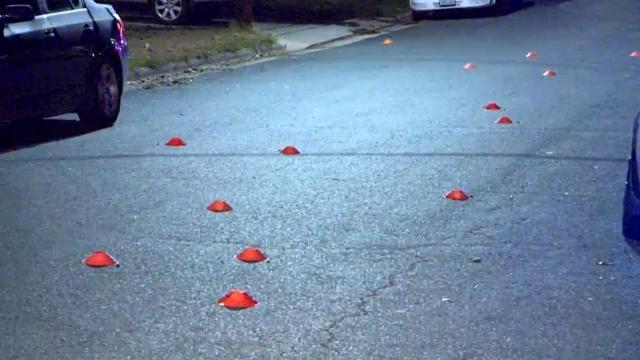 At least 20 shell casings were found in the middle of the street, and there were multiple bullet holes in the driver’s side door and back windshield.

Two people were injured Monday morning when someone fired shots inside a Durham convenience store on Fayetteville Street around 7 a.m. Their injuries were not life threatening.

Anyone with information about this incident is asked to call Crime Stoppers at 919-683-1200.