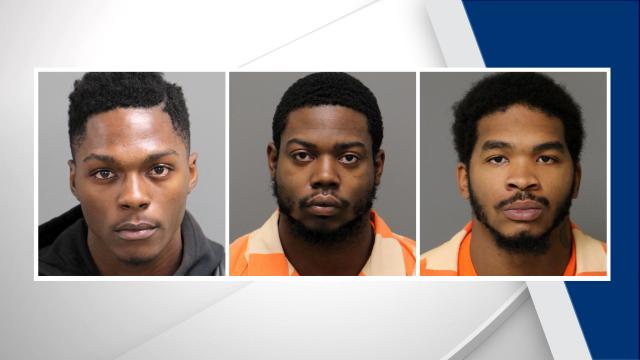 Raleigh, N.C. — Three men were charged Wednesday in a shooting death in Raleigh over the weekend, police said.

Christopher Malik Bradby, 23, Jabari Olajawon Thorpe, 24, and Isiah Adler Ulysse, 17, have been charged with murder in the death of Brandon Alexzander Chavis.

Chavis, 26, was shot Sunday night at an apartment complex on Calumet Drive, police said. He died at WakeMed.

Police have released no details on a possible motive for the shooting or what evidence connected the three men to the crime.