Raleigh, N.C. — A man died and a woman was hospitalized after a car crashed into a tree after fleeing police.

Raleigh police said an officer approached a suspicious vehicle at 1:09 a.m. Tuesday. After the officer spoke with the occupants, he returned to his police vehicle to begin an investigation.

The male driver of the car then sped away.

Following the vehicle, the officer found the car crashed into a tree at Carolina Pines Park on Lake Wheeler Road.

The driver died at the scene. The female passenger was taken to WakeMed Hospital. 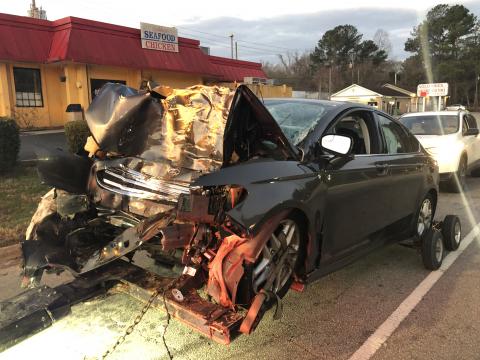 Neighbors reported hearing a loud bang before seeing a flurry of police activity.

“There was definitely an explosion,” said Neil Stephens, who lives nearby. “It definitely rattled the windows and felt like something serious might have happened.”

Police said they are investigating the incident.