The hearing was the first time in 28 years that Daniel Green, who's been in prison since his arrest in 1993, was eligible for parole.

Three people, including his attorney, Christine Mumma, spoke to the head of the Parole Commission last month on his behalf. She was joined by Rev. T. Anthony Spearman, the president of the North Carolina NAACP, and a pastor who says he was convinced to get involved after watching the Capitol Broadcasting docu-series "Moment of Truth" about the case.

Spearman, who has been waging a lonely protest outside the Executive Mansion for weeks seeking pardons for two men whose convictions were overturned, said he wasn't surprised Green was denied parole.

"When I had the opportunity to have some dialogue with the parole board, I said to them to the effect that I would strongly encourage them to look at Daniel’s situation through a different set of eyes," he said. 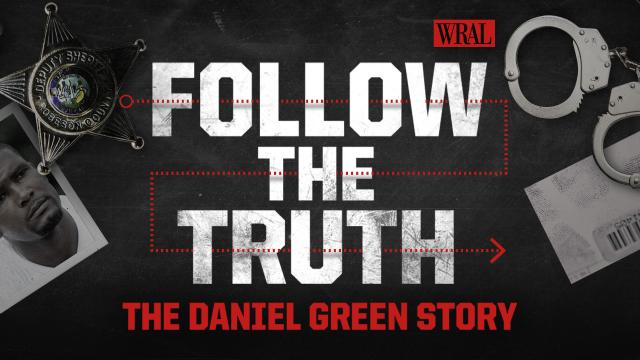 Follow the Truth is a true crime podcast that reinvestigates the murder of Michael Jordan's dad, James Jordan, and digs into the conflicting stories of Daniel Green and Larry Demery, the men convicted of the crime. Follow The Truth is produced by WRAL Studios and hosted by journalist Amanda Lamb.

Spearman said he has grown close to Green during the process, and he even offered for Green to stay at his home if he were paroled.

"We have developed a very, very close relationship, which causes me to embrace him and all of the misgivings and misunderstandings that he's had to experience during his time behind the walls,” he said.

Green admits that he helped his co-defendant and best friend at the time, Larry Demery, get rid of James Jordan's body, but Green has maintained that he wasn't there when Jordan was killed.

When James Jordan was killed, Michael Jordan was leading the Chicago Bulls to the team’s third consecutive NBA championship, burnishing a legend that began at the University of North Carolina at Chapel Hill, where he played for Dean Smith and won an NCAA championship.

Demery took a plea deal and testified against Green. He has been granted parole in August 2024.

Green can be considered for parole again in three years.

He has another chance at freedom, a pending appeal Mumma filed last month. She has asked for a new hearing in the case, a hearing she argues was wrongly denied last year.

Key to the new evidence is a statement from Demery, who, Mumma says, told her Green was not there when Jordan was killed. She said she believes Demery will testify to that fact – contradicting his testimony from Green's original trial – if a new hearing is allowed.

She also cited errors by judges and Green's defense attorneys that she thinks warrant further consideration, including a witness who says she saw Green at a party at the time of the murder.

"I truly believe he has been denied justice since the day he was arrested," Mumma said.

Moment of Truth: The never-before-seen story behind the tragic murder of James Jordan
SUGGEST A CORRECTION