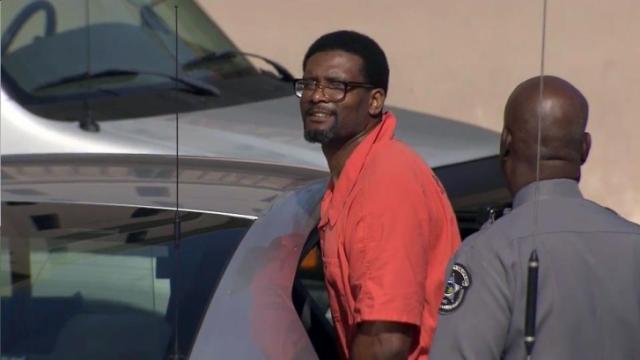 Lumberton, N.C. — The man convicted of gunning down Michael Jordan's father in Robeson County more than two decades ago and dumping his body in a South Carolina swamp asked Wednesday for a new trial, citing a range of new evidence in the case.

“Daniel Green is guilty of crimes related to the death of James Jordan, but he is innocent of murder," Anita Earls, executive director of the Southern Coalition for Social Justice, which is representing Green, said in a statement. "His conviction is the direct result of numerous and egregious errors made during his original trial. He deserves a fair trial where an impartial jury can carefully consider all of the evidence in this case."

James Jordan was shot to death in his car along U.S. Highway 74 near Lumberton on July 23, 1993. His body was found a couple of weeks later in a South Carolina swamp.

Green has repeatedly insisted that he didn't kill James Jordan, acknowledging that he only helped dispose of the body and later had some items taken from him and his car. Co-defendant Larry Demery was convicted of a lesser crime in exchange for his testimony implicating Green in the murder.

Attorneys have challenged the blood evidence from the trial during recent years, following an outside audit of the state crime lab in 2010 that found that analysts omitted, overstated or falsely reported information about blood evidence in 190 cases from 1987 to 2003 that ended in convictions.

Green's case was among those listed in the audit, although his name was subsequently removed from the file.

The motion states that Jennifer Elwell, an analyst at the state crime lab, testified during Green's trial that blood was found on the seat of James Jordan's car and called four follow-up tests "inconclusive" when they were actually negative for blood. The results of the follow-up tests were never turned over to defense attorneys, according to the motion, and the blood evidence was later destroyed.

“The blood evidence was critical to securing Mr. Green’s conviction because it was the only physical evidence supporting Larry Demery’s version of events," Ian Mance, an attorney with the Southern Coalition for Social Justice, said in a statement.

The motion also states that Robeson County deputies seized James Jordan's cellphone in the case but never questioned a man who was called on the phone after Jordan's murder. The man was the son of then-Sheriff Hubert Stone, a friend of the lead investigator and one of Demery' co-workers, according to the motion.

“The discovery of the call from Jordan’s car phone to a convicted drug trafficker with close ties to the sheriff’s department casts a whole new light on this case and undermines confidence in the verdict,” attorney Scott Holmes, a professor at the North Carolina Central University School of Law who also is representing Green, said in a statement.

Attorneys also called into question the reliability of a witness who claimed Green robbed and shot at him weeks before James Jordan was killed because the man later said all blacks look alike to him. They also argued that a juror in the case knew two defense witnesses, watched media coverage of the trial and discussed the trial outside of court, contrary to the judge's instructions.