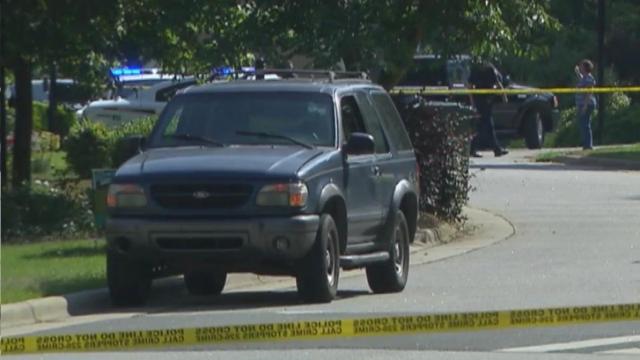 New Bern, N.C. — A Willow Spring man who was convicted of placing a bomb in a vehicle in an Apex neighborhood has been sentenced to 30 years in federal prison.

James Curtis Denton was found guilty in 2017 of possession and transportation of an explosive with the intent to injure or kill an individual and conspiracy to manufacture and distribute methamphetamine.

An improvised explosive device made of PVC pipe, black powder and pellets was affixed to the underside of an SUV on May 28, 2015, and it went off as the owner drove down Glade Hill Drive in the Heritage at Park at West Lake subdivision, near Middle Creek High School.

The driver, who was the only one in the SUV at the time, wasn't hurt, but police evacuated nearby homes and closed down Optimist Farm Road to investigate.

Authorities said the driver was the boyfriend of Denton's ex-wife. Investigators were able to tie him to the IED based on interviews with witnesses, including a co-defendant in the drug case who accompanied him to the neighborhood when he put the bomb under the SUV.