Raleigh, N.C. — On Thursday night, the Wake County Sheriff's Office made an arrest in the case of a man impersonating a deputy earlier in the day.

A former Wake County deputy, Chris Balgowan, spotted the imposter driving around in a car that mimicked a Wake County Sheriff's Office cruiser and recorded his actions.

Grant Dallyn Hall, 24, was arrested near a Food Lion off Leesville Road in Raleigh and charged with impersonating a law enforcement officer. 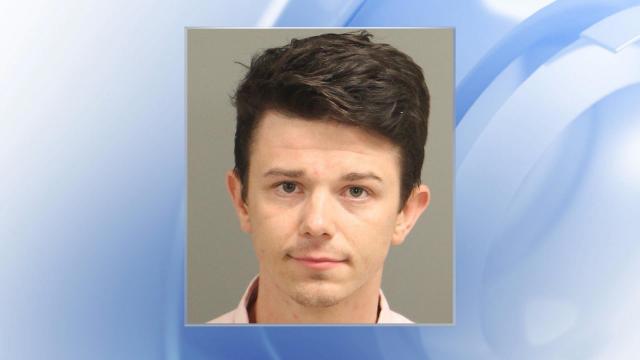 "The hairs on my arm stood up," said Balgowan. "I look in my rearview mirror, and I'm like, 'I'm not pulling over. This doesn't seem right.'"

Earlier Thursday, the sheriff’s office said a man was trying to make traffic stops in Raleigh around Creedmoor Road close to Interstate 540. Witnesses said the man was driving a vehicle with law enforcement markings.

Hall was seen driving a white and black Ford Crown Victoria with a front roll bar. The vehicle had white doors, a black hood and faded letters on the side. "Dial 911" was seen painted near the gas tank, with "In God We Trust" and "Sheriff" decals located on the trunk.

"I've never seen anything like it," Balgowan said. "I've seen cars with the neon strips below but nothing to this extent." 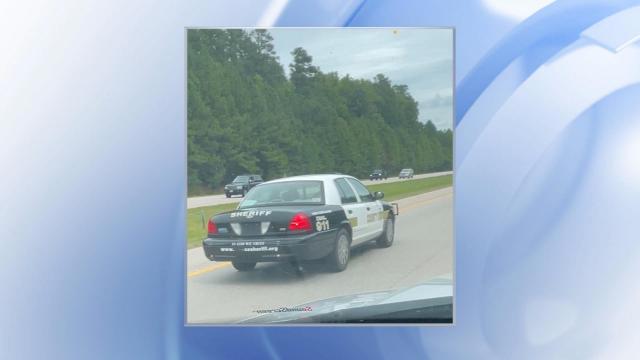 A photo of the vehicle was submitted to authorities.

"You've got somebody out here who's impersonating law enforcement. That's dangerous enough because we don't know who that person is [or] what they're thinking," said Wake County Sheriff Gerald Baker.

In August, an 18-year-old Benson woman told authorities she was driving on Black Creek Road near Four Oaks when she was pulled over by a driver in a silver Dodge Charger. Once she pulled over, she said, the flashing lights turned off. Two men then got out of the car, and the teen said both were wearing ski masks and dark clothing.

In June, Hall was charged with 12 counts of second-degree sexual exploitation of a child.