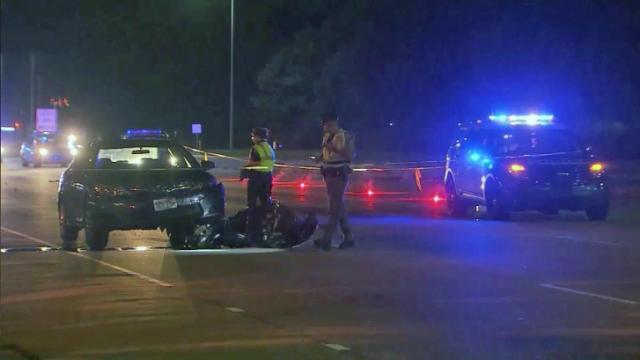 According to investigators, David Antonio Madrid, of 1800 Freeman St., Wilson, was driving his 2013 Toyota sedan north on Capital Boulevard near Millbrook Road at about 11:45 p.m. when he hit a 2005 Yamaha motorcycle from behind.

Authorities said Madrid left the scene on foot but returned while police investigated the wreck. He is charged with felony hit-and-run and failing to reduce speed to avoid a collision.

An investigation of the cause of the wreck is ongoing. Anyone who witnessed the wreck should call the Raleigh Police Department at 919-834-4357.