Wayne County, N.C. — A man is facing several charges, including attempted first-degree murder, after he opened fire on a Wayne County sheriff's deputy who was responding to a burglary call, authorities said Saturday.

According to the sheriff's office, a deputy who was responding to a burglary call saw four suspects at the location when he arrived at the scene. The suspects ran from the scene on foot but were pursued by several law enforcement officers.

Turrentine was found hiding behind a nearby church building before he opened fire on the deputy's patrol car, which was struck at least three times, the sheriff's office said.

The deputy returned fire but neither he nor the suspect was struck during the exchange of gunfire, authorities said. The sheriff's office said no injuries occurred during the incident. 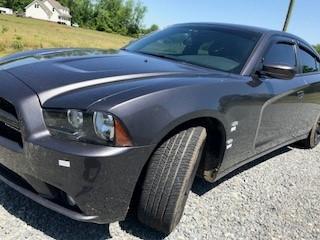 The man dropped his gun and ran to some nearby bushes before being caught and taken into custody.

The sheriff's office said Turrentine has also been charged with assault with a deadly weapon on a government official and possession of a firearm by a felon.

Several other law enforcement officers were called to the scene, including the Wayne County SWAT team, but they were unable to find the other three suspects. One of them was described as a woman wearing a hot pink shirt and hoodie.

"We've been here 20 years, and we've never had that issue," neighbor Amber Medlin said. "And now having a son, it scares me."

Anyone with information about the incident was asked to call the Wayne County Sheriff's Office at 919-731-1480.