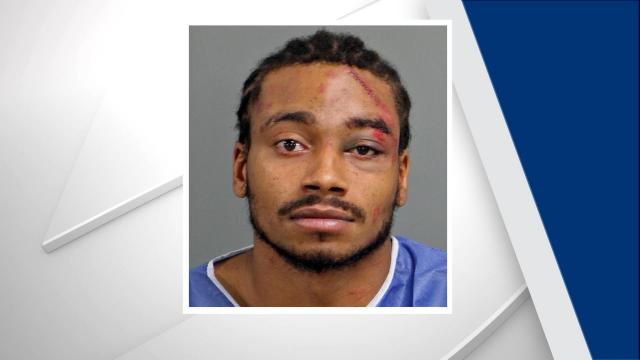 A Raleigh man was arrested Friday after he assaulted two officers who responded to a domestic violence incident.

Travis Javon Hales, 25, of 1405 Altima Circle, was charged with assault with physical injury of a probation or parole officer, assault by strangulation, resisting a public officer, assault on a female, injury to real property, communicating threats and breaking and entering with the intent to terrorize or injure.

Arrest warrants state that Hales told a female officer that he was going to “kill her because she deserves it” as she responded to a break-in at 5210 Crosswood Drive.

The warrant says Hales strangled the officer, leaving a handprint around her neck, and scratched her on her face and ear.

Hales also scratched the face of a second officer who responded to the scene, according to a warrant.

The officers had been responding to a report that Hales damaged an apartment door at the Clairmont at Perry Creek Apartments and lunged at a woman inside while making a fist.

Hales was being held at the Wake County Detention Center Friday night.