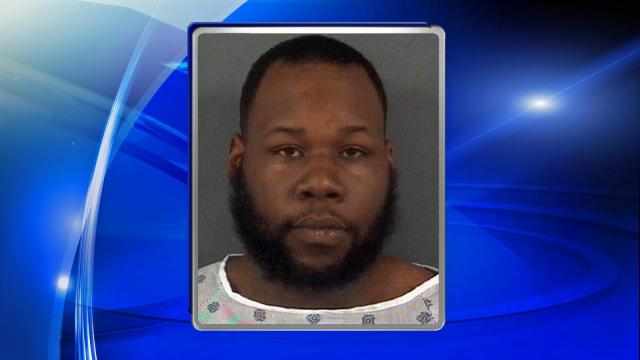 Fayetteville, N.C. — A Fayetteville man was arrested Monday in connection to a shooting at a business that was cited for selling alcohol illegally.

William Sebastian Warren, 25, of the 2300 block of Nickey Avenue, was charged with attempted first-degree murder and assault with a deadly weapon with intent to kill inflicting serious injury in connection to a Saturday shooting incident.

Police said that Warren was involved in an argument with Treshawn Jabril McMillian, 21, inside Upscale at 6316 Ramsey Street. Another man, James Deshawn Allen, 21, joined the argument and Warren pulled out a gun and shot McMillan, police said.

Police believe someone else also fired shots, hitting both Warren and Allen.

Both McMillian and Allen were shot multiple times in the legs.

Warren was shot at least four times and was treated at Cape Fear Valley Medical Center prior to his arrest.

Warren was being held at the Cumberland County Detention Center under $500,000 secured bond Monday night.

While investigating the shooting, detectives said they determined that Upscale was being operated as a “shot house” for the illegal sale of alcohol. During the execution of a search warrant, detectives and Alcohol Law Enforcement agents located several guns, once of which was reported stolen, and various types of narcotics and drug paraphernalia, authorities said.

Authorities are still seeking information about the identity of the additional shooter in the incident. Anybody with information is asked to call Fayetteville police at 910-303-9554 or Crime Stoppers at 910-483-8477.