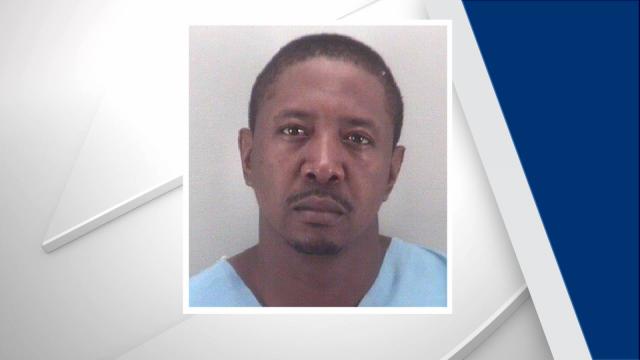 GREENVILLE, N.C. — A man accused of killing a North Carolina mother and her three daughters is being held on a murder charge after fleeing to Virginia.

Greenville Police Chief Mark Holtzman said at a news conference Wednesday that 39-year-old Dibon Jab Toone has been charged with killing 32-year-old Garlette Rosette Howard, and he will be charged with the children's deaths as well.

Holtzman said Howard and the three girls, ages 6, 7 and 11, were found dead Tuesday night. He didn't say how the victims were killed, but detectives are looking into the possibility the victims might have been killed several days before their bodies were discovered.

Holtzman said Toone was the father of the two younger children and appears to have been living at the home where the bodies were found.

"These four innocent victims were senselessly murdered at the hands of someone they loved," the police chief said. "As little girls, you should be able to trust your father – to look to him for advice and know he will always be there to protect you. Dibon Toone betrayed that trust, and as a result, these little girls and their mother paid the ultimate price."

Police went to check on Howard at her home after authorities received calls from Toone's out-of-state family members. The family members told police that Toone had made concerning comments regarding the welfare of the victims.

Howard's co-workers at LabCorp contacted police on Monday when she failed to show up for work, but officers weren't able to contact her. Authorities said her SUV wasn't at her home when they checked, and there was no indication that she might be in danger.

"We don't have a history of domestic violence at the home. We don't have any red flags that are coming up to us that would require us to force entry into the home and take it a step further," Holtzman said.

Last month, police involuntarily committed Toone to Vidant Medical Center for a psychiatric evaluation after he tried to kill himself, but authorities said there was no evidence at that time that he posed a threat to anyone else.

Toone was being held without bond in Richmond while he awaits extradition to North Carolina.