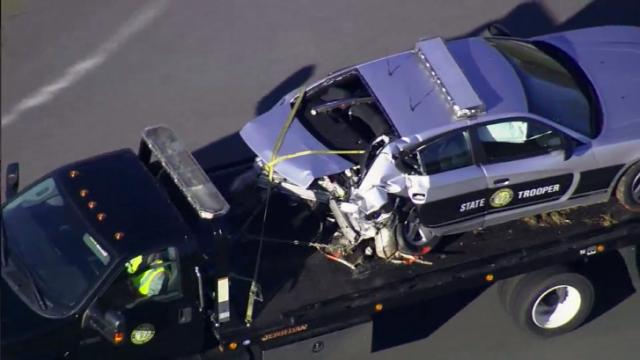 Pittsboro, N.C. — A Guilford County man was charged Wednesday after a State Highway Patrol car was hit from behind on U.S. Highway 64 in Chatham County, injuring two troopers, authorities said.

Derek Bowden Jr., 32, of 2847 Bowers Store Road in Pleasant Garden, was charged with reckless driving, failure to move over causing injury and failure to reduce speed.

Two troopers were assisting with a traffic stop on eastbound U.S. 64 near Bowers Store Road, east of Pittsboro, at about 1 p.m. when their Highway Patrol cruiser, which had its blue lights on, was rear-ended by a 1999 Chevrolet passenger vehicle driven by Bowden, authorities said.